Dinosaurland and a hotel made of sweeties!!

Find out what the Cranhill  group get up to in their Porridge & Play Hub adventures each week! Porridge & Play is running throughout 2022 with this six week block being the first of many great tales!

Blog posts are written by Effie!

What a great session to take us into the Easter holidays! We had such an incredible adventure in the Magic Ball which has gave so many ideas of exciting things you can do, places you can visit, and people you could meet using your imagination over the holidays.

We started off by Dressing Up as adventurers and then Effie found the Magic Ball in her pocket and we knew it was time to go exploring. We thought about all the places we could visit – Dinosaurland, Disneyland, a hotel, the ocean, the North pole…. Anywhere at all. We jumped inside and said the magic words:

Your Reflective Drawing from Week 4…

‘This is everybody and we are in the magic ball!’

‘I drew 2 magic balls I would go somewhere like this where I could play with all my friends and this is daddy who came with us.’

‘This is a rainbow and here is my hotel and there was a bath and this is a lion.’

‘we slept for 5 million years when we was in the magic ball and we saw some dinosaurs!’

‘This is sun and this is sky.’

‘These are my left hand and my middle one I wanted to learn about handwriting, I drew the magic ball cause it was my favourite game we could go to the north pool or a hotel!’ 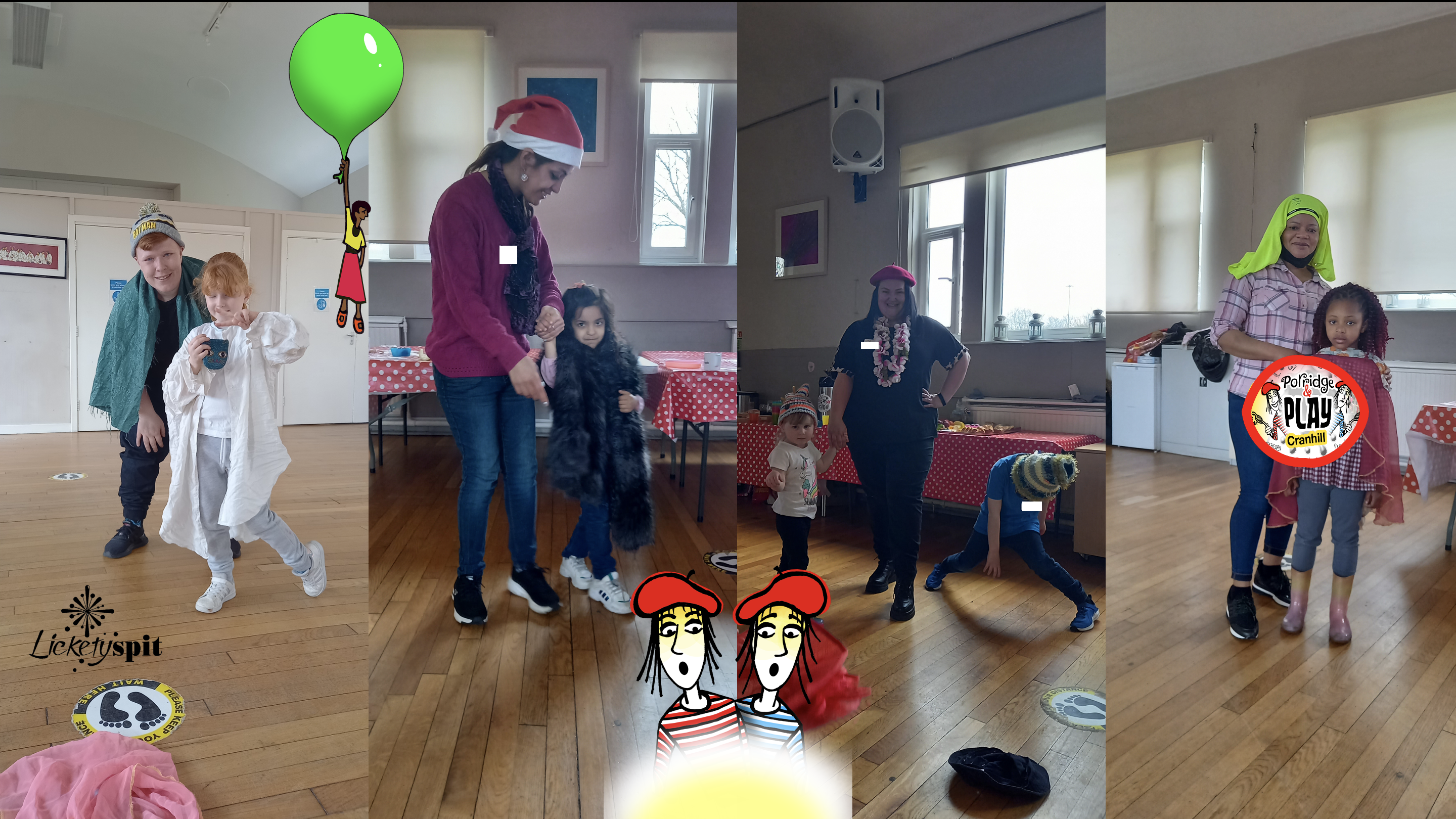 We had landed…. But where? We unzipped the magic ball to find……

A strange barren land, lots of rocks and mountains and…. A DINOSAUR!!! Luckily some of our group knew how to speak Dinosaur, we found out that he was hungry and worked together to find some food to feed him. He was so grateful that he offered us a ride on his huge long tail to the mountains so we could go exploring. It was super fast, and a little bumpy but we made it to the mountain! When we were at the bottom of the mountain it looked much much bigger than it had when we were far away but we started the climb anyway. It took such a long time. We had to stop and have a rest and then we saw a strange figure at the top of the mountain looking down at us. It was a hotel owner! There was a hotel at the top of the mountain!!! We quickly finished the climb and made it all the way to the hotel where we were greeted kindly by the owner. By this time we were starving but luckily the hotel was made of sweeties. The hotel owner said we could eat as much of the hotel as we liked as long as we helped to build it back up again after. So we ate, and we ate, and we ate, and we ate until we had eaten the whole hotel!!! Then we set to work building it up, luckily everyone had brought their tools with them. We started hammering, and nailing, and building until eventually we had built the hotel. We all had a great big sleep to relax after all that hard work. When we woke up no-one was looking forward to the long climb back down the mountain but luckily the hotel owner had zipline that would take us all the way down again. One by one we went down the mountain until we were all together again. We shouted thank you back up the mountain and then headed to the Magic Ball so we could go back to Cranhill Development Trust.

It was such a huge adventure, I can’t wait to see where else we visit. Remember, everyone got a little piece of the Magic Ball to take home with them so if you go on any adventures get in touch and let us know all about them!!

Have a wonderful Easter and we’ll see you on Thursday 21st April for week 5 of Porridge & Play Cranhill!

Blog by Effie and the Cranhill Hub!!

Porridge & Play Cranhill is a New Scots Integration Project that will be running throughout 2022! We will be starting Picnic & Play in May and we can’t wait to go on even more adventures!

Keep up with the Cranhill Groups adventures here! And keep a look out for Picnic & Play updates coming!

We would love to hear any ideas you have for places to visit for Picnic & Play!

Tell us your ideas for Picnic & Play!! 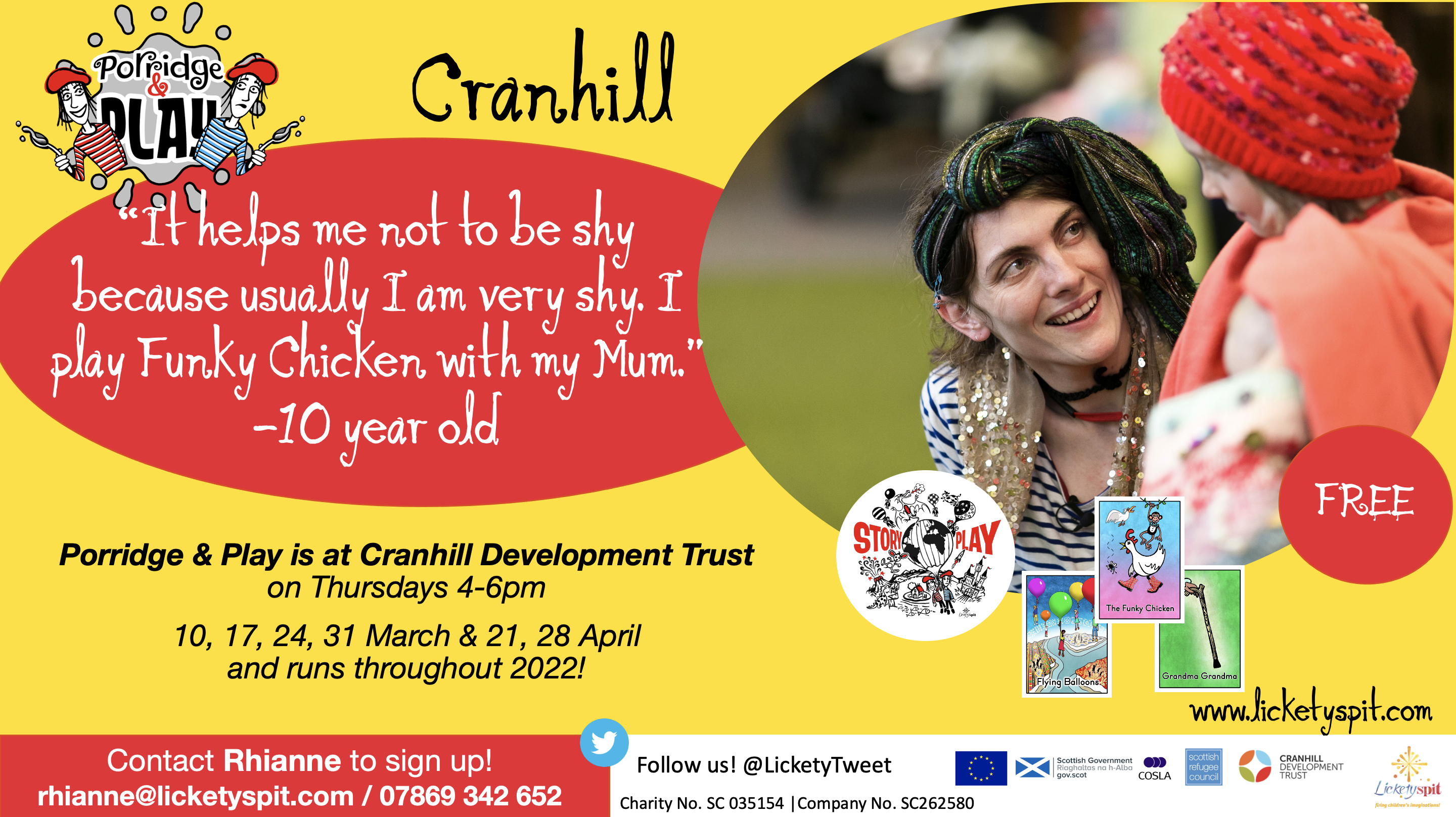