“I will never forget the sight of 400 children chanting “Far and Few, Far and Few are the lands where the Jumblies live’. I had been puzzled by the play but the children were completely at home with it. ”

Licketyspit has specialised in creating early years theatre and drama work since 2004.

The company was set up as a continuation of the Wee Stories Early Years Project, in which Artistic Director Virginia Radcliffe and her core collaborators – musician Tim Brinkhurst, designer Catherine Lindow, director Matthew Zajac and actors Deborah Arnott, Johnny Austin and Viv Grahame – began to develop a way of working and a body of work for Early Years audiences.

This was the first time a Scottish company had concentrated solely on this audience and it was critically successful and enormously popular. Virginia and her colleagues always ran workshops and engaged with nursery classes during the creative process – producing plays with and for early years children. 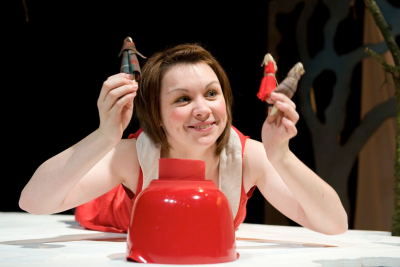 Virginia, a trained actor and theatre director, started creating participative children’s theatre in the late 1990s after her own children were born. When the funding for her post with Wee Stories expired, Virginia set up Licketyspit to continue this exciting work!

Between 2004-2008, Licketyspit continued to produce the hugely popular shows created during the Wee Stories project (for everyone from 3-103!) as well as new plays. We currently draw on a repertoire of 7 original plays.

In 2008, our participative early intervention project LicketyLeap was created, borne out of the clear desire of our audiences to ‘leap’ into our productions.

Since 2012 we’ve delivered LicketyLeap to over 3000 children/families in areas with high levels of multiple-deprivation in Edinburgh, Glasgow, East Lothian and Fife. Participating families are invited to join our Licketyspit Children & Families Network, through which the company develops sustained relationships with families and communities. LicketyLeap has achieved impressive levels of parental engagement, with over 70% of families joining our Children & Families Network.

In 2014, the enthusiasm from parents/carers involved in LicketyLeap for ‘more work like this!’ inspired the creation of Porridge & Play – a fully inter-generational drama-led play project for 3-12 year-olds and their families. Porridge & Play takes place in school and community settings, and includes a delicious communal meal, games, rhymes, songs and imaginary play from the Lickety Playcard repertoire, and reflective drawing.

In 2017, we started to adapt and expand Porridge & Play into BookPlay – using a rich chidren’s book as inspiration for imaginary play activities – and Picnic & Play – taking Porridge & Play into museums, parks and other cultural centres, to help open up diverse free public spaces. Since its conception Licketyspit has worked with over 100,000 children across Scotland, with our shows regularly touring to audiences of 8-10,000 in theatres, community venues and schools.

Licketyspit is at a pivotal point in its development with increasing demand for our work. We are widely recognised as a centre of excellence for child-centred, drama-led practice, and we are engaged in national and international conversations about the power of drama-led play for attainment, learning, child development, children’s rights and health and wellbeing. 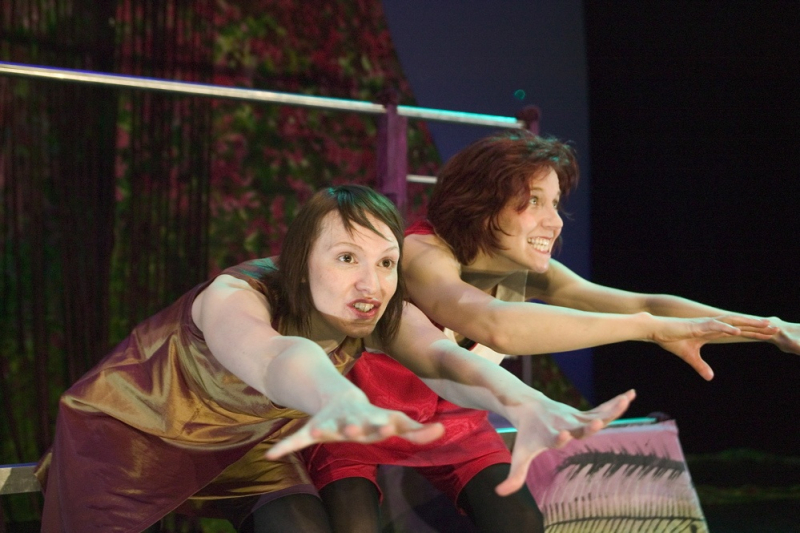