Primary 1a and Primary 1b were thrilled to get a letter from Margaret & Margaret last week.

Since they went up the Mountain with the children, Margaret & Margaret have been off flying around the world in their balloon. High in the sky!

In the letter, they said it was a bit cold in the balloon, but they had their cosy coats and a flask of hot carrot soup!

They asked the children for ideas of where to go next…so the children wrote them letters back, with pictures and notes giving them suggestions!

You can see some of them below and read what the children said. I wonder if Margaret & Margaret will write back…?

P1a
“My dad and Margaret & Margaret and you in Santa land. Go to the city, go to school, go to my home and to Ruby’s home. Love, M”
“I’ve drawn Margaret & Margaret. They’re my best friends. Could go to the moon. A rainbow on the moon!”
“The beach in Scotland outside Glasgow. You can go on a train. Can play with the sand and make sandcastles!”
“The jungle. A bird’s left its nest. The eggs that will hatch and little birds jump out. Me and a tiger. It’s a friendly tiger!”
“Go to a castle where a princess lives.”
“A beach where they might find a dinosaur! Worried Margaret is a bit worried about it but it’s a friendly dinosaur!”
P1b
“They can go on the whole world. Eating pizza in Italy. This is the window they can look out of.”
“Go on a bus to the beach to swim!”
“Go to the ice cream shop in Glasgow. Chocolate ice-cream with sprinkles!”
“To Margaret & Margaret. Come and join Aunty D and Uncle F and mum and gran and our wee imagination mouse friend. Swim in the sea with us!”
“I love you and miss you.”
“Go to the moon! This is another moon. This is a bus and a car and trees and homes and your balloon.” 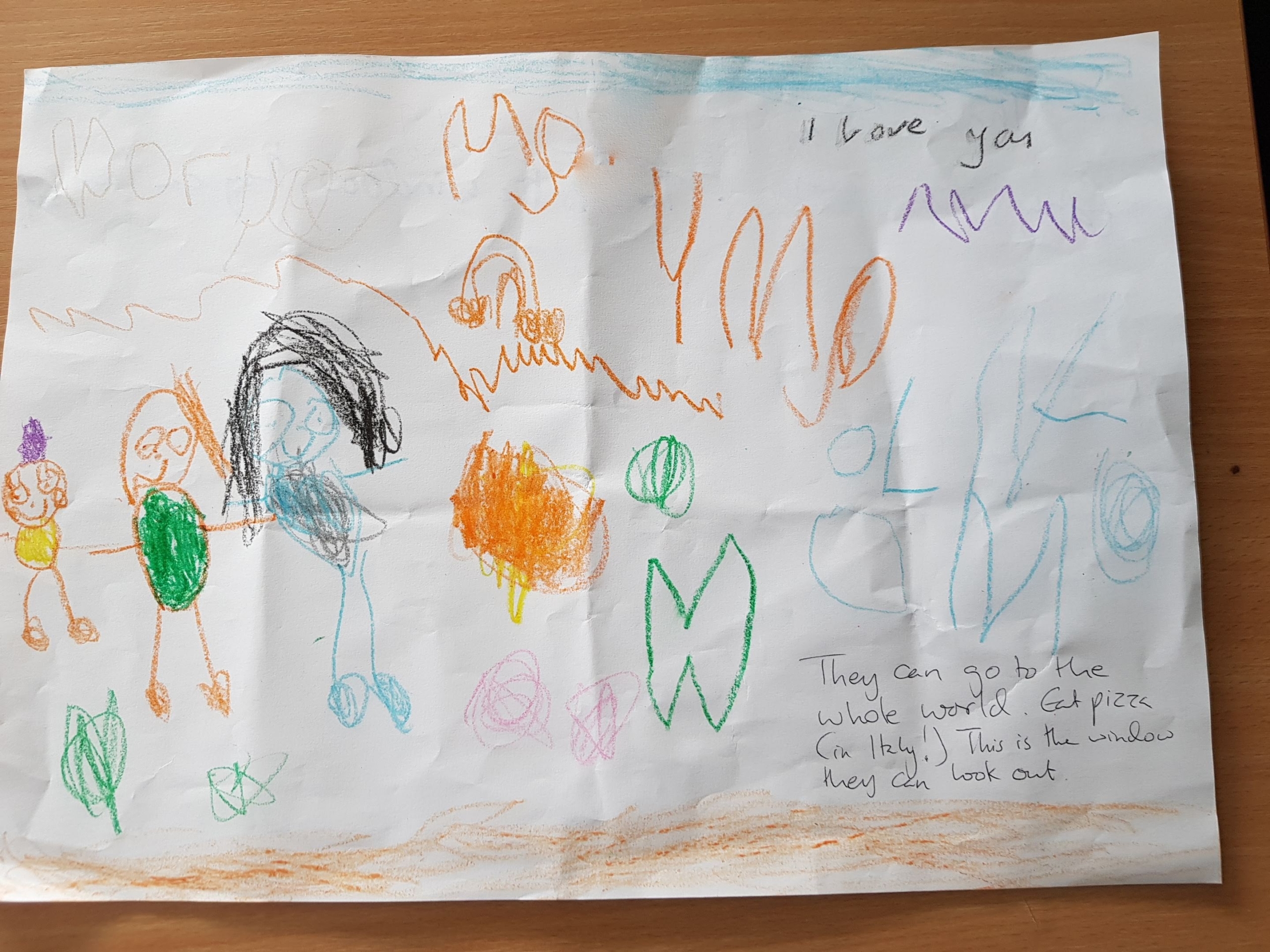 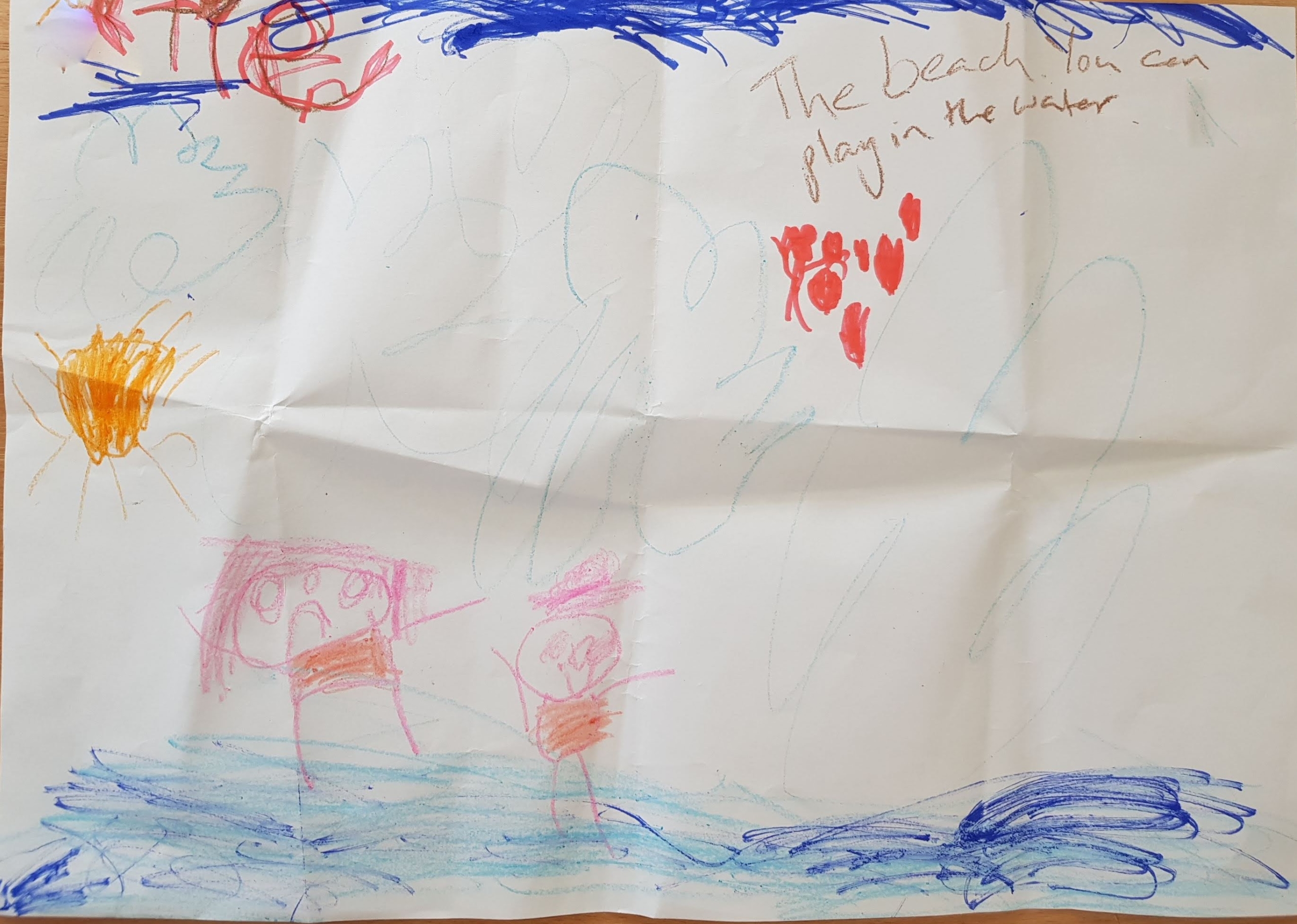 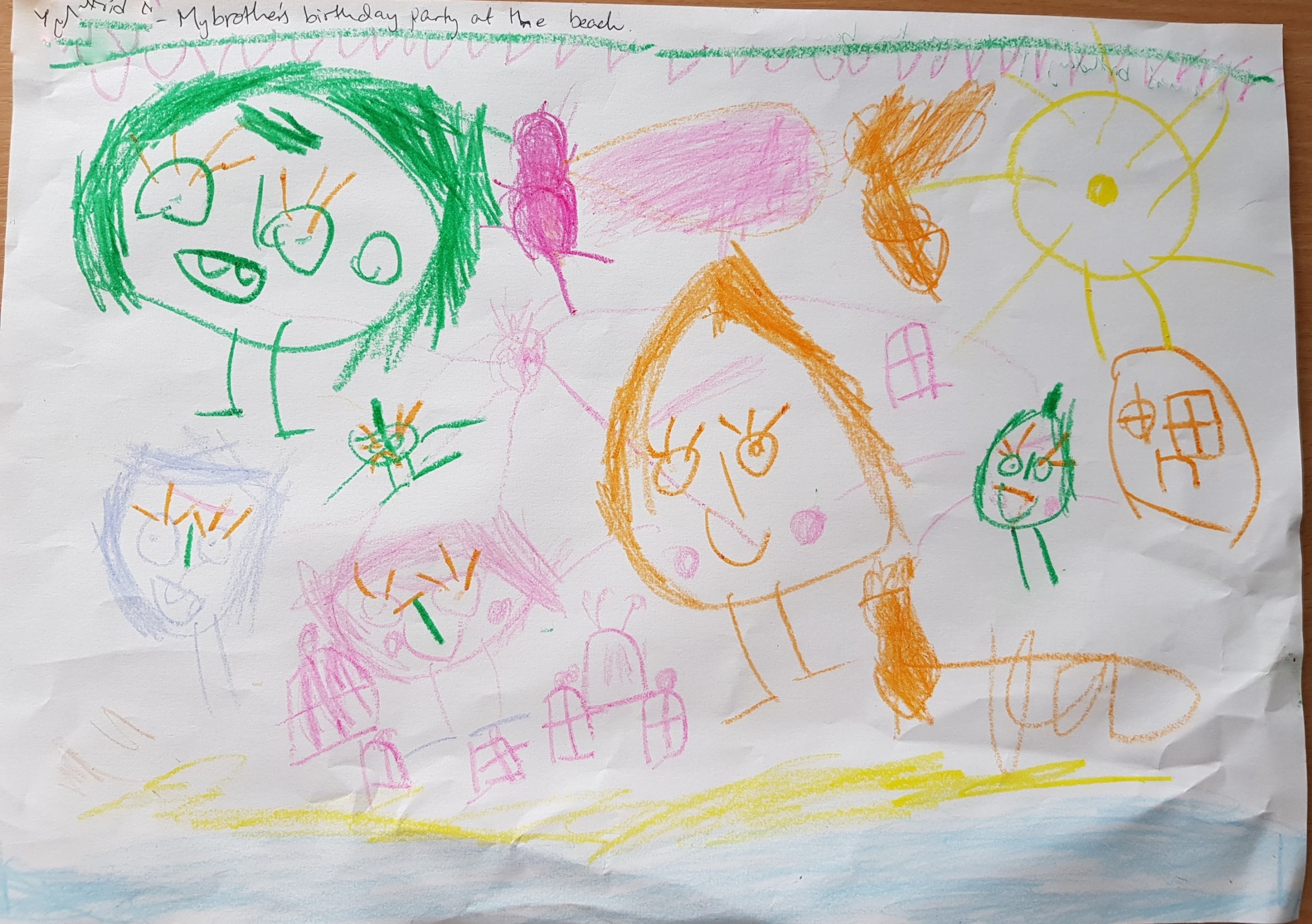 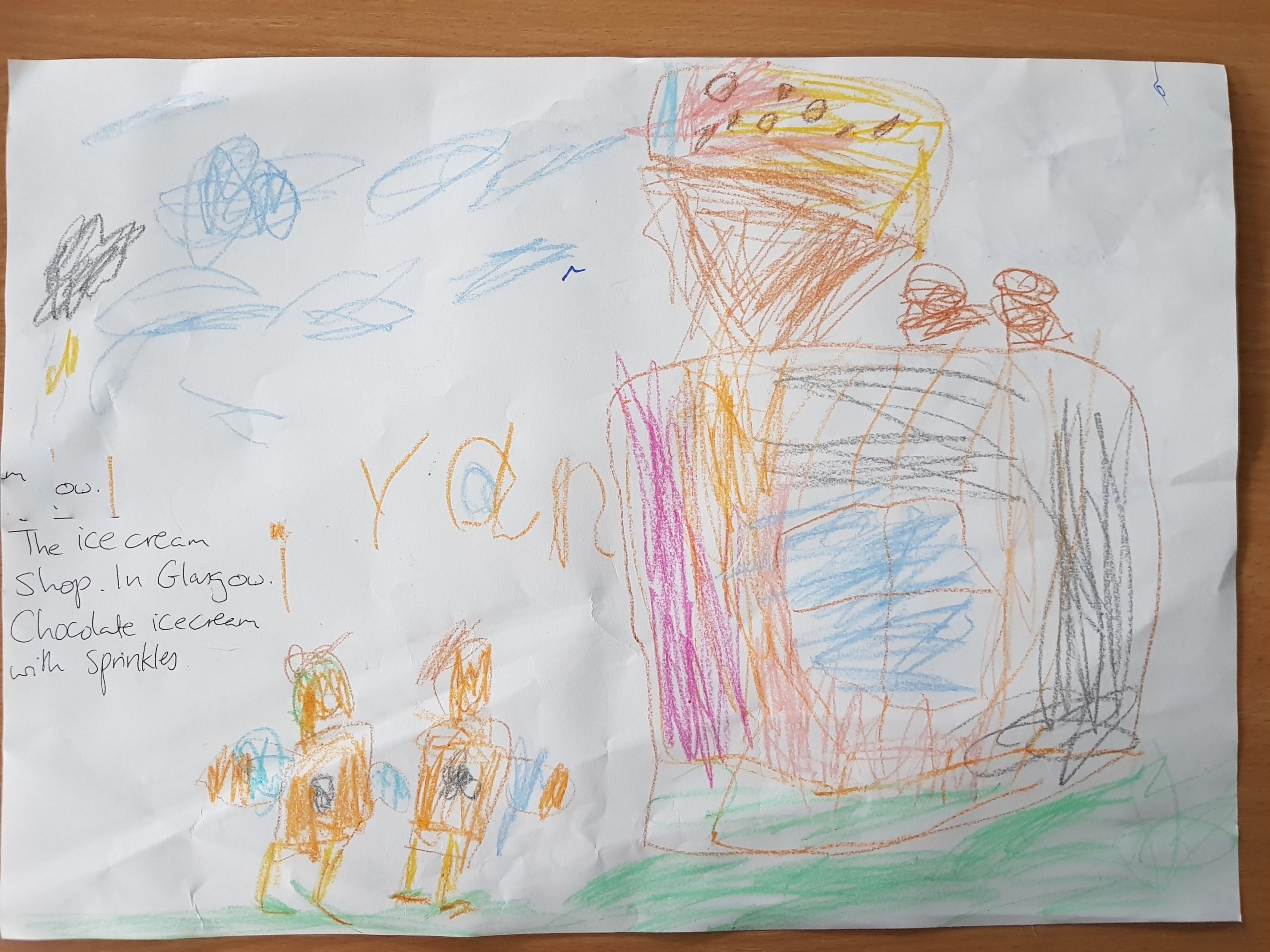 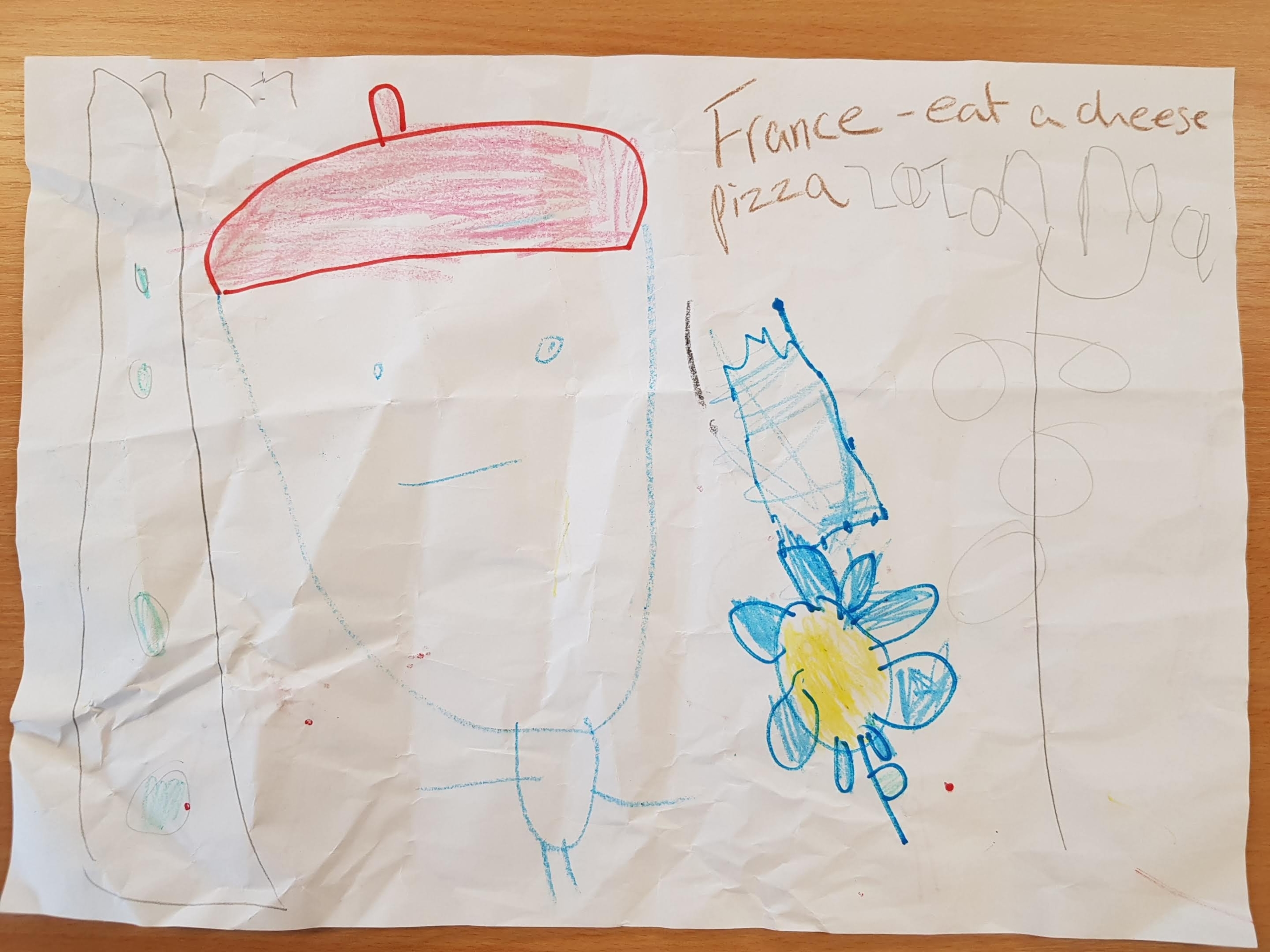 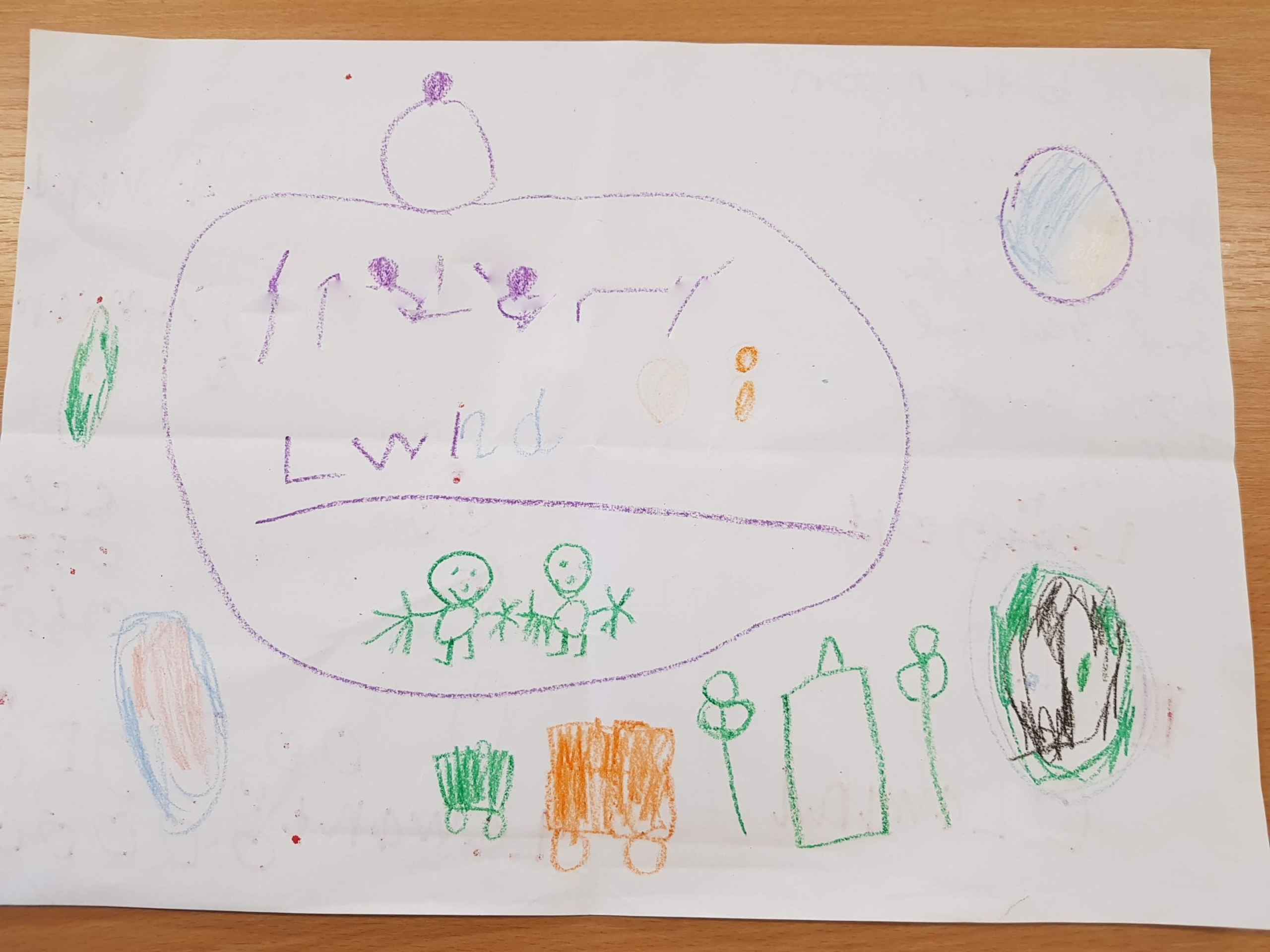 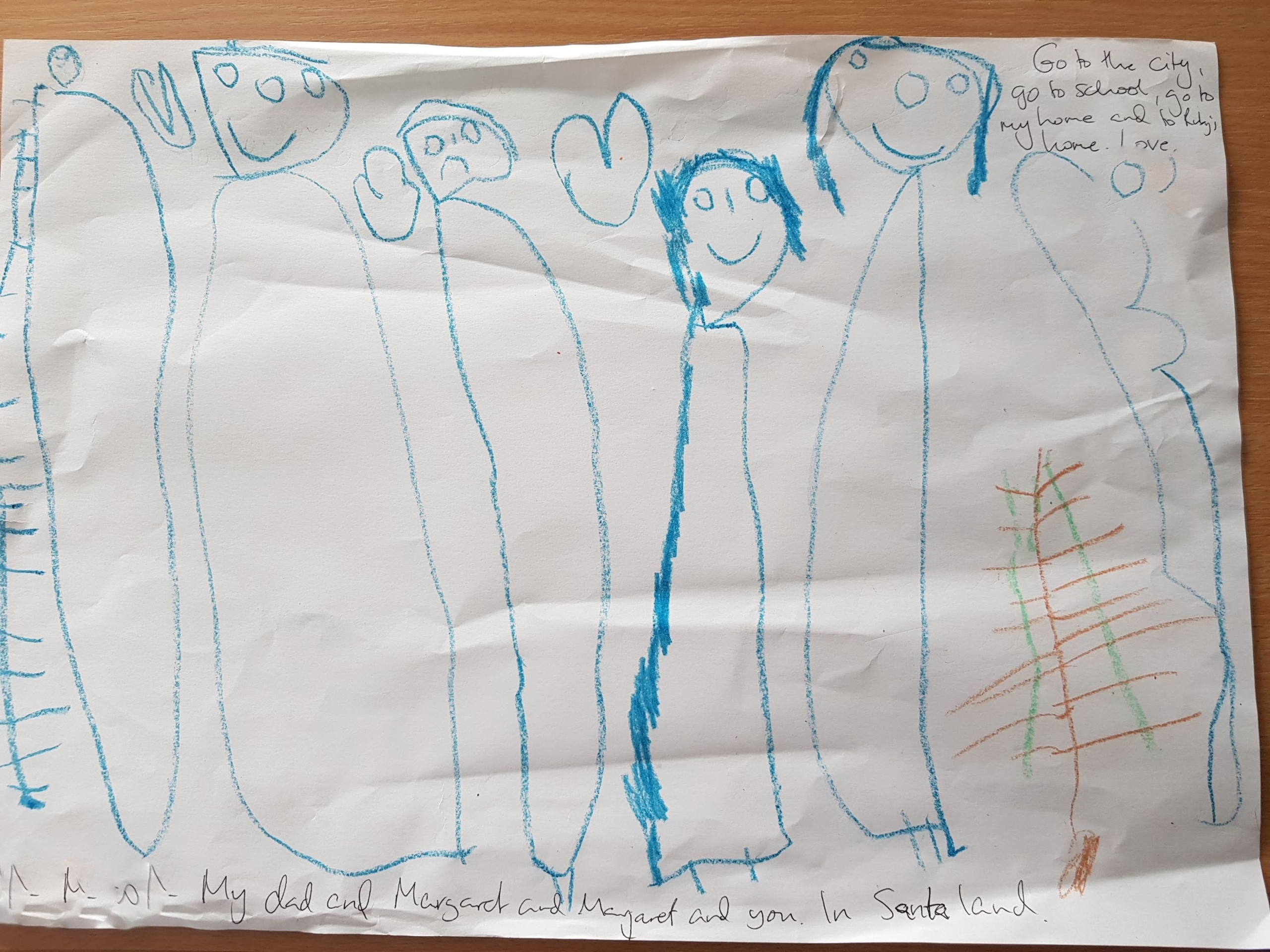