Skip to content
Home/BPPG, Coronavirus Response, Happening Now, Happening Now Fam, Happening Now Prof, online, Uncategorized/Celebrating our many languages in The Hello Game!
Some of the wonderful reflective drawings we did after our Magic Ball adventure

Celebrating our many languages in The Hello Game!

It was great to get back to Big Porridge & Play this Saturday after a week’s break – and we have 8 more weeks of Saturday sessions to look forward to! Hooray! What a brilliant time we had! We played 👵 GRANDMA GRANDMA and 🐔 FUNKY CHICKEN, went on an epic 🔮 MAGIC BALL adventure – and also enjoyed a brand new game called the HELLO GAME!

Did you know that there are 158 different languages spoken in Glasgow?! Wow! We found this out last week, and so decided to invent the HELLO GAME to find out some of the languages that are spoken in the group – and it turned out there were SO many! Here are some of the ways we learnt to say HELLO to each other this week:

But then, we found the Magic Ball!

🚀 After flying through the stars in a spaceship we found ourselves in a land where everything was pink!

🎣 Make spotted a hungry golden fish who asked for some little fish to eat, so Ala and Ruta handed out some fishing rods and we all went fishing! Mohammed caught the teeniest tiniest fish – who started to speak! “Excuse me, I didn’t want to be caught!”, she said, “but would you join me at my underwater tea party?”

🧁 The little fish gave us magic dust to rub on our foreheads so that we could breathe underwater, and down we went – and ate some delicious cup cakes!

🦈 Suddenly, a family of sharks appeared (Queen, Faly and Lydia), so we swam as fast as we could until we reached a cave, full of plants that glowed in the dark. We hid there for a while until the coast was clear, and then made our way back to the magic ball!

🖍️ We finished off with our reflective drawings, which you can see below. What brilliant creative pictures!

See you next week!
Iona 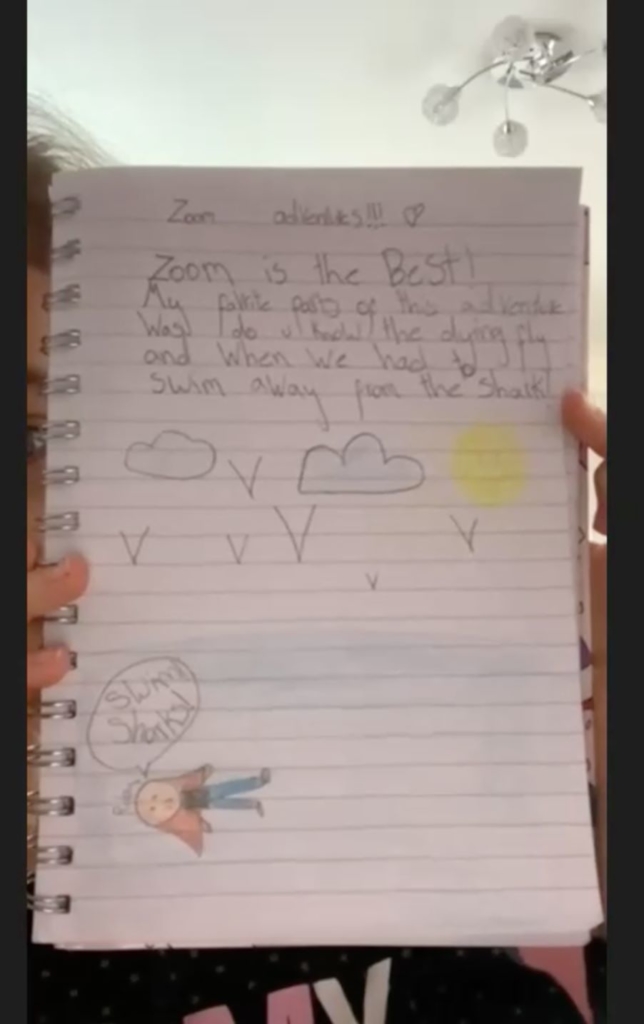 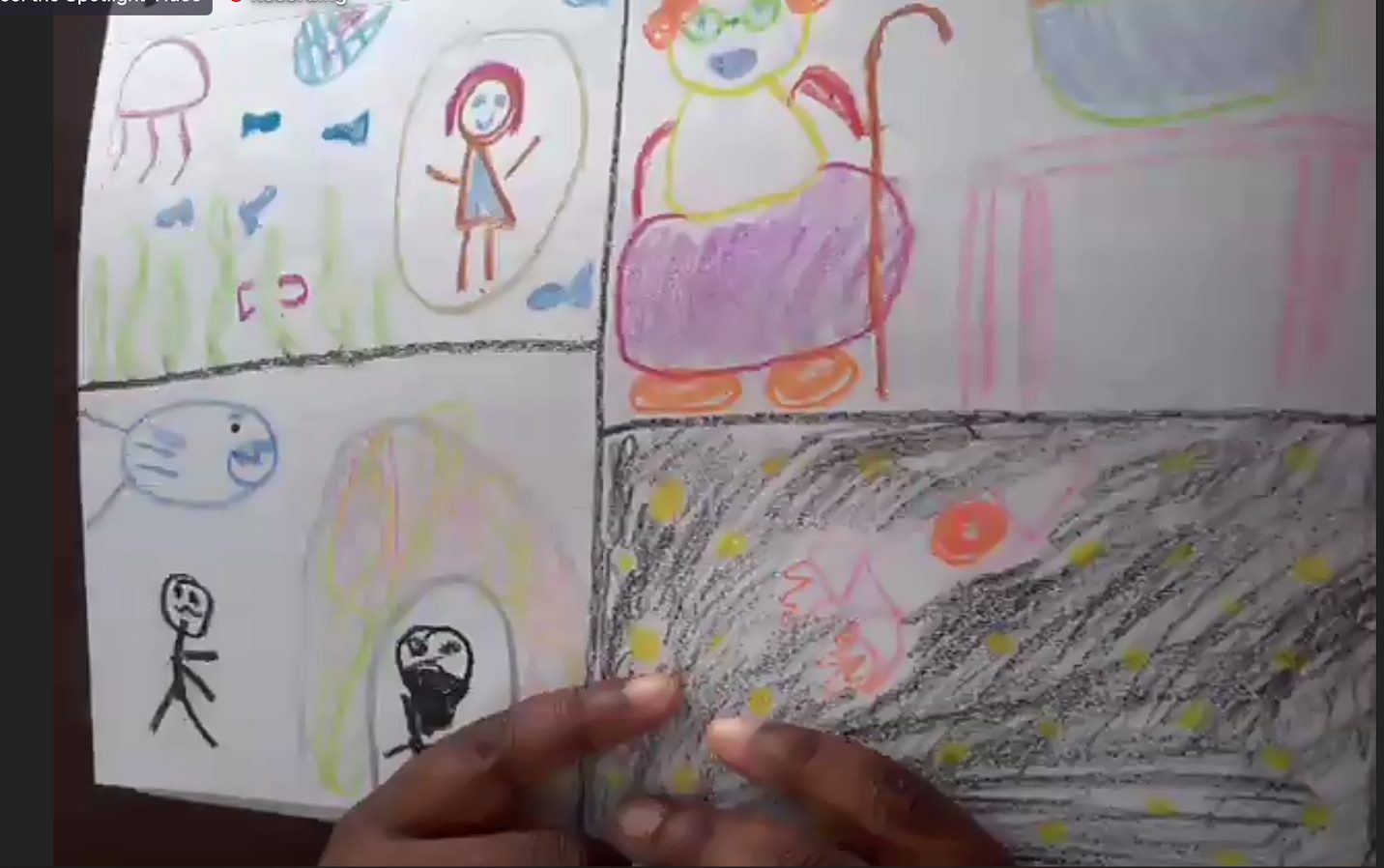 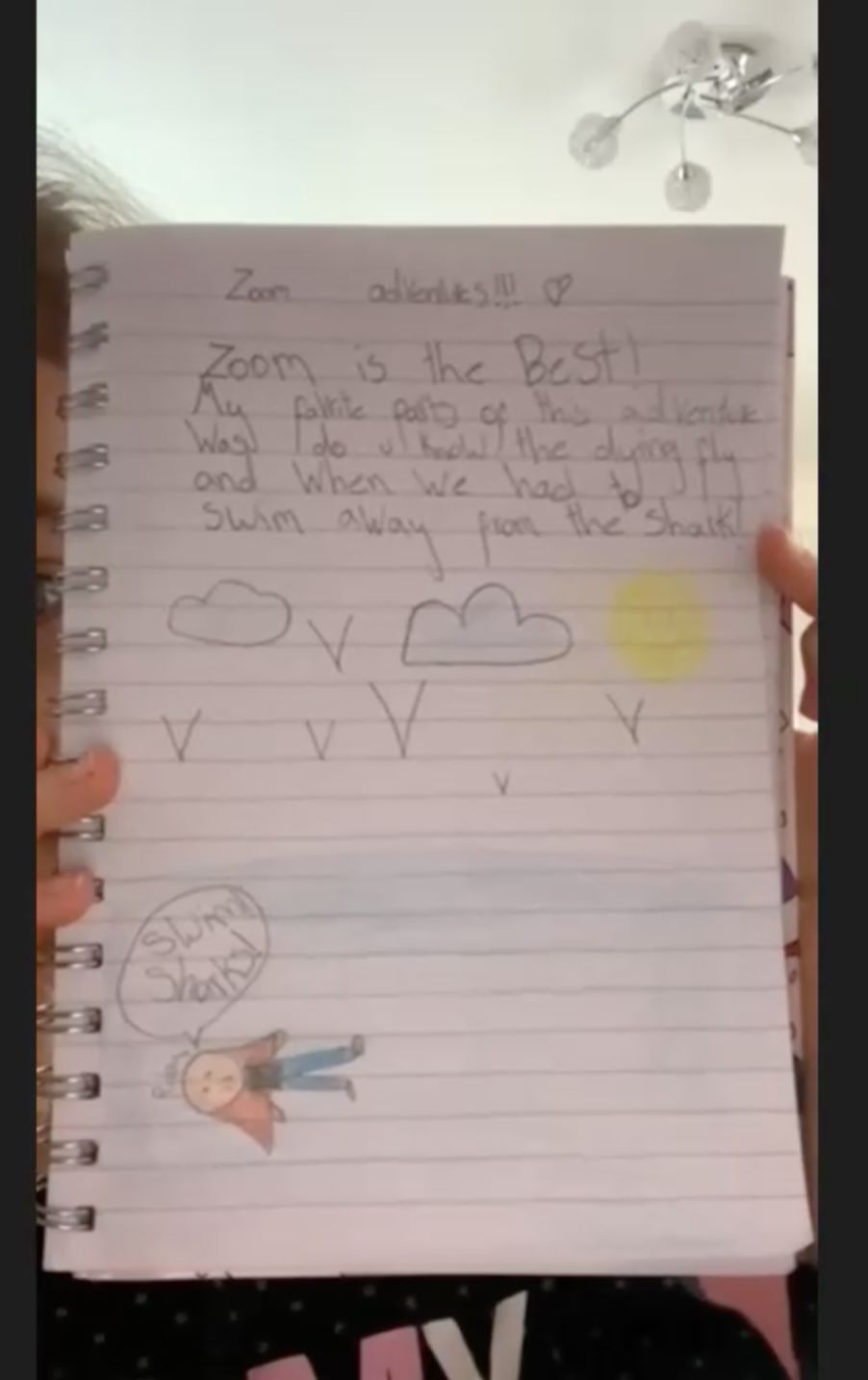 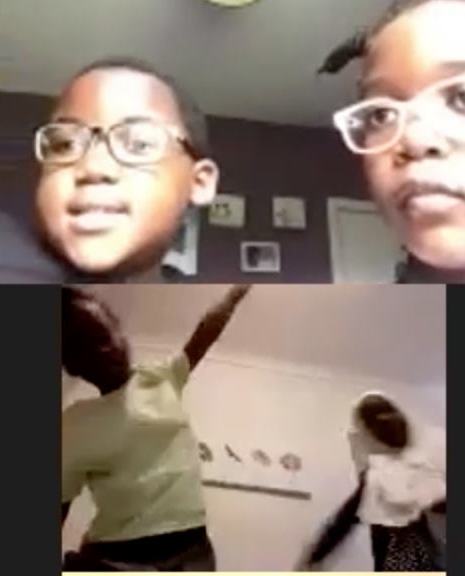 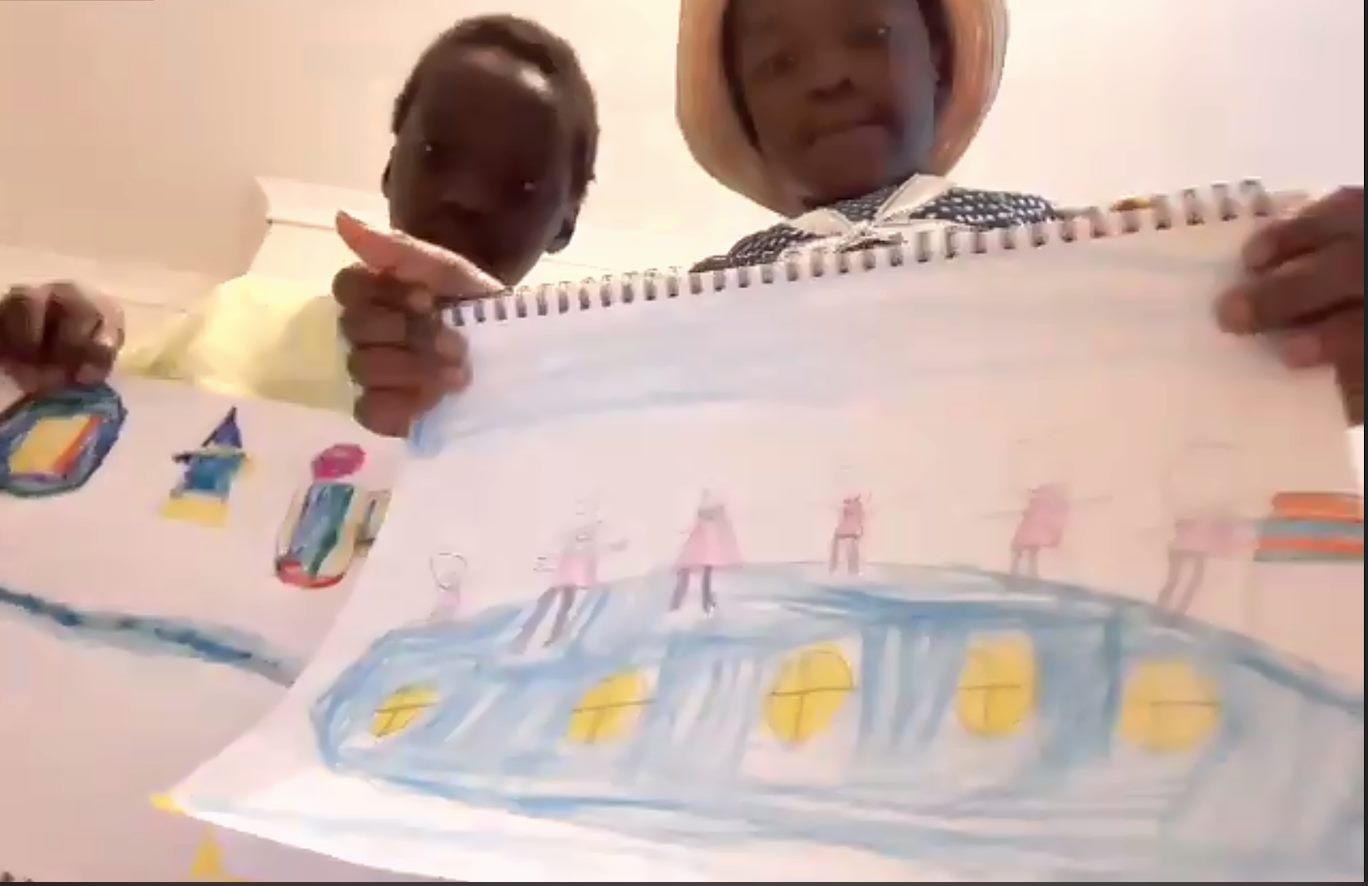 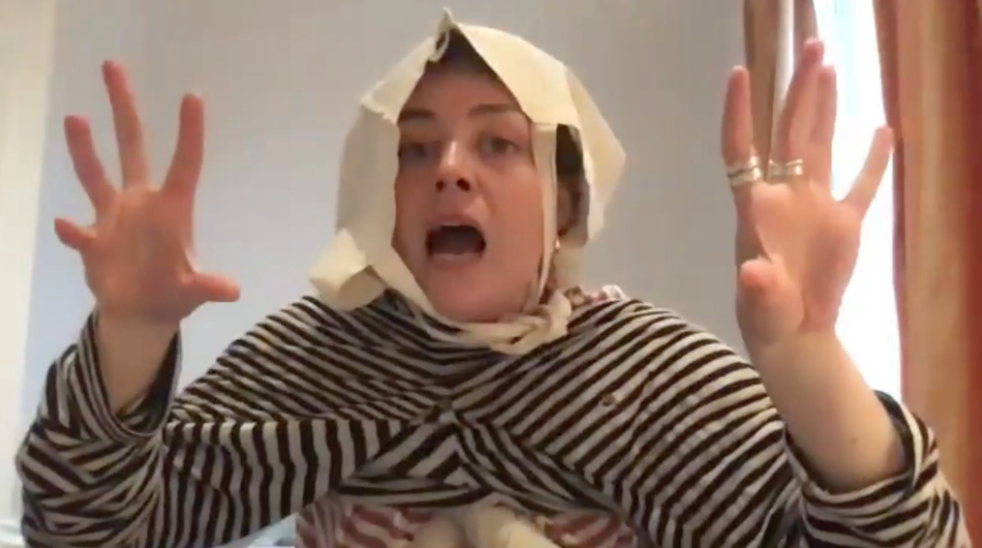 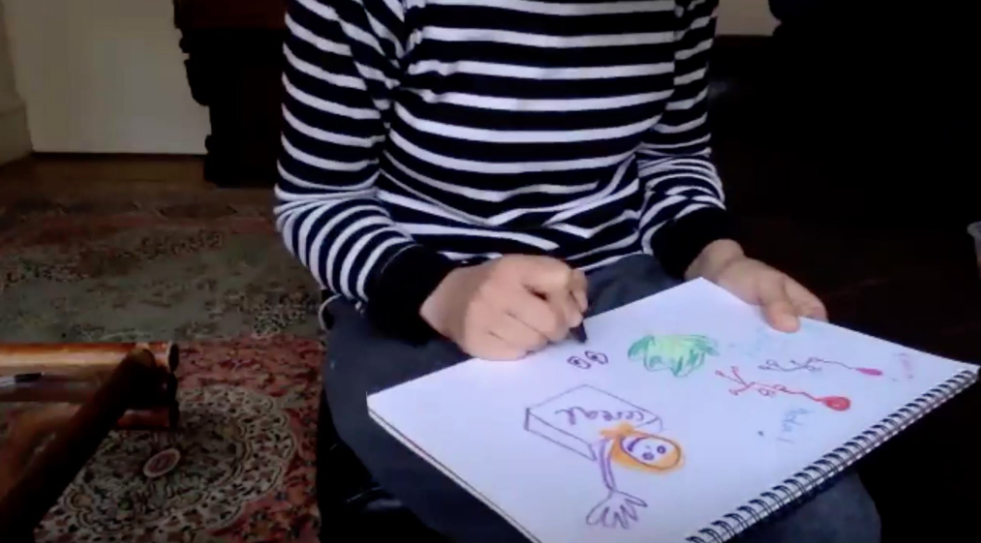 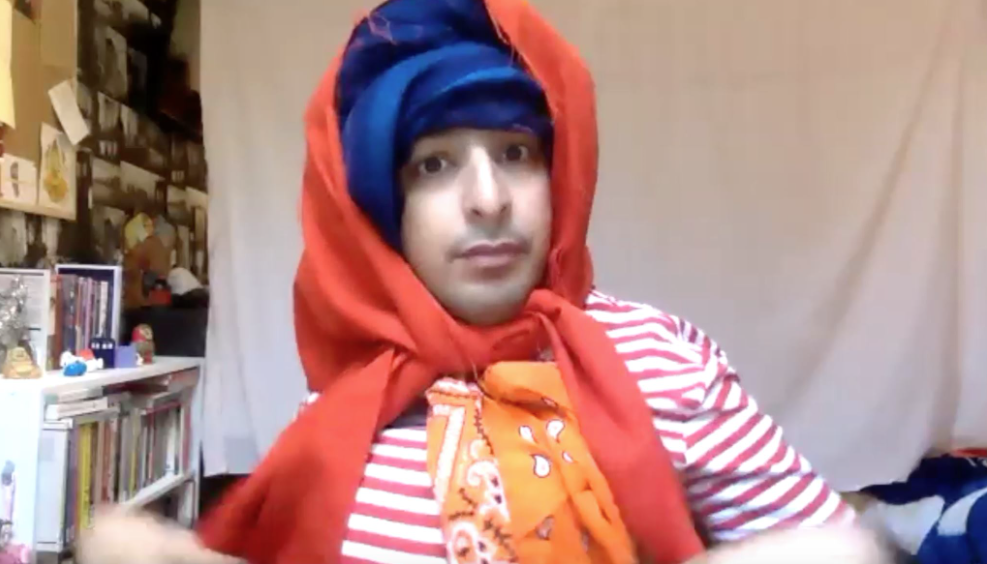 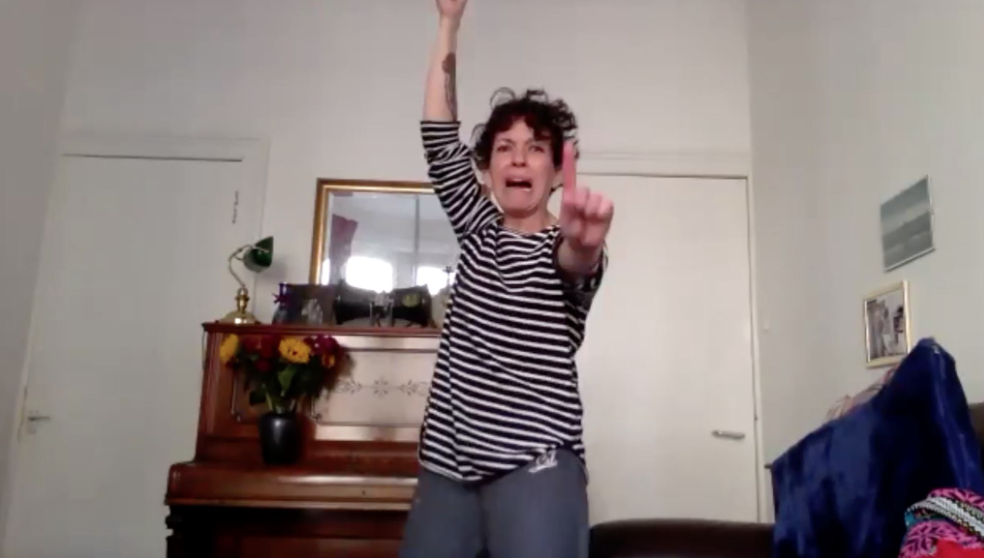 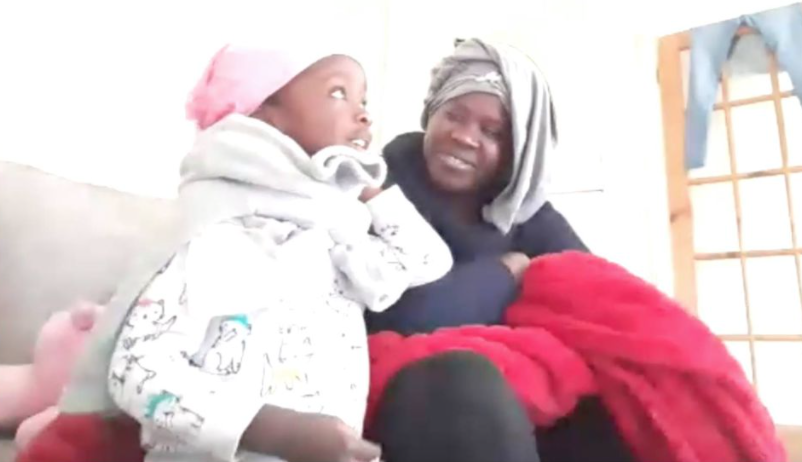 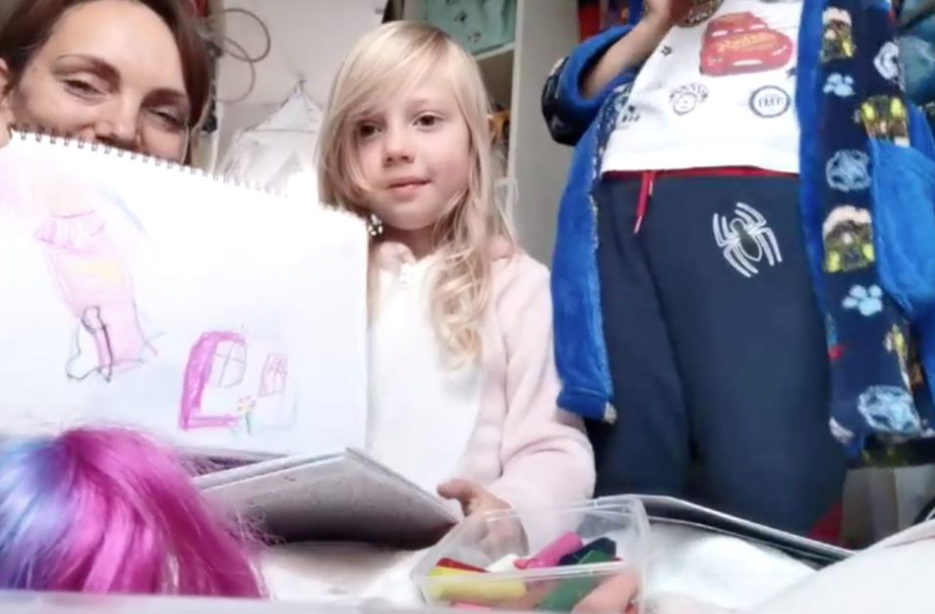 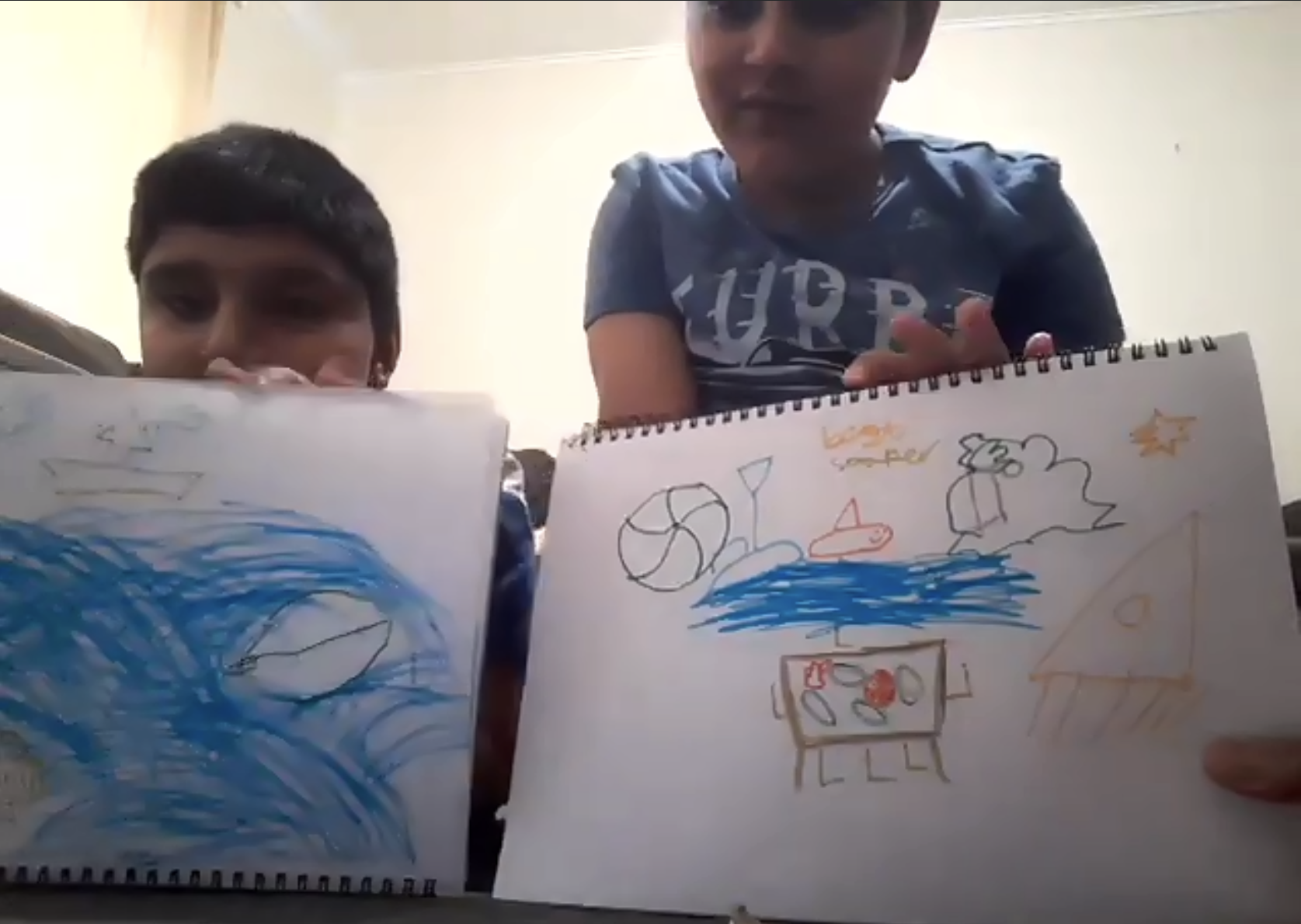 Our sessions with families in Govan and Whiteinch are back, and what a brilliant first session. 10 families, 28 participants and 8 different languages – wow!

When we played the HELLO GAME we discovered that we had EIGHT different languages in this group alone! These were Urdu, French, Polish, Spanish, English, Mandarin, Georgian and Yoroba! So, we went round each family and discovered how to say ‘hello’ in each language – it was really exciting! Maybe one week we’ll make a song with all of these new words?

After a great game of 🐔  FUNKY CHICKEN we took out our 🎈 FLYING BALLOONS so we could fly over the world and saw all sorts of things…
🐜 George spotted small people that looked like ants
🦖Javier saw a green and brown dinosaur
🚀 Moatasim saw a rocket going to different planets
👨 Zaki saw some men
💐Christelle and Emma saw a garden with beautiful flowers that we flew down and smelt!

We had a wonderful first session back with our families in the Gorbals and Easterhouse – a small session, full of enormous ideas! We sailed high with our magic 🎈FLYING BALLOONS, flapped along in the 🐔 FUNKY CHICKEN. Then, after we’d dressed up and had a dance, we found ourselves deep in a magical forest where some grannies lived… so we played 👹 MONSTER’S FOOTSTEPS and came up with some really hilarious grannies.

🏖️ Granny Emmanuel lived in a hut on the beach, and every morning for breakfast she ate a full Scottish breakfast of toast, sausages, eggs and mushrooms! Yum!
🌳 Granny Aminata lived in a tree and ate hundreds of pancakes!
🥞 Granny Ayo lived in a puddle and ate pancakes too – we tried some and they were deeelicious!

But the grannies had to be careful of the trees, because when they weren’t looking, the trees turned into… MONSTERS!

Do you live in Govan, Whiteinch, Gorbals
or Easterhouse?

If so, as well as on Saturdays, you can also join us for smaller Porridge & Play Sessions through the week! At these ones you’ll notice there are fewer families than in the bigger Saturday sessions, so there’s more chance to join in, say hello to other families and children, and let us know your fantastic ideas!

⭐  Govan and Whiteinch
Wednesdays from 4pm-5.15pm
Every Wednesday until 11 November

⭐  Gorbals and Easterhouse
Thursdays from 4pm-5.15pm
Every Thursday until 12 November