“I hope you are well. Thank you for the letter. It made me feel brave. I loved the letter. It would be lovely if you could come over for some baking.”

Reply to the Giant's Mum, P4 Child
Making the sea turn into rainbows in the tale of Miss Piggy!

We had a fantastically exciting day with the Primary 4 class at Oakwood Primary on Wednesday. After a couple of games (warm up, funky chicken) to warm up our minds and bodies – led by the children – we revisited the stories we had all created in the previous session.

Miss Piggy and the Magic Book of Spells

Momaka the Monkey and the Speaking Potato!

We read the stories aloud first, to remind ourselves of them, passing round the story in the circle so that everyone could read a bit if they wanted to. And what hilarious and interesting stories they are!

Then, as a whole class, we leapt into the magic ball and went into the story of ‘Miss Piggy and the Magic Book of Spells!’

This whole story takes place under water so we took a long time practicing our underwater creatures; moving like octopus, seaweed, dolphins and fish, and making the sounds of whales and seahorses. Iona narrated the story and the whole class acted it out as it went along. We used the big blue silk to swim around on top of and dive underneath!

When it came to the point in the story when the evil red octopus is about to cast a nasty spell on Miss Piggy we realised that we could incorporate Monsters Footsteps into the story. So instead of granny we had a red octopus and instead of the trees/monsters, we had sea creatures, and the sea creatures swam up behind the red octopus when it wasn’t looking!

Each group then did what we had done before break with the first story: reading it out and acting it out alongside. Each group came up with fantastic ideas for storytelling and demonstrated brilliant acting skills! We then split up the story into sections so that everyone in each group has a piece of the story to narrate.

What a rich and exciting day we had! We can’t wait for our next day with the Primary 4’s, we will be practicing acting out the stories again and narrating our sections alongside it.

We also picked up some post – replies to the letters from the Giants’ Mums and the Kings’ Cousins! You can read a brilliant example below:

Another letter from one of the Giants!

I hope you are well. Thank you for the letter. It made me feel brave. I loved the letter.

The hens have stopped pecking at my toes. It would be lovely if you could come over for some baking. The king is a horrible man. Even horribler than the hens. Maybe when you come over to bake we can make some vegetable pizza. Tell me when the mountains get hotter and I will come up. 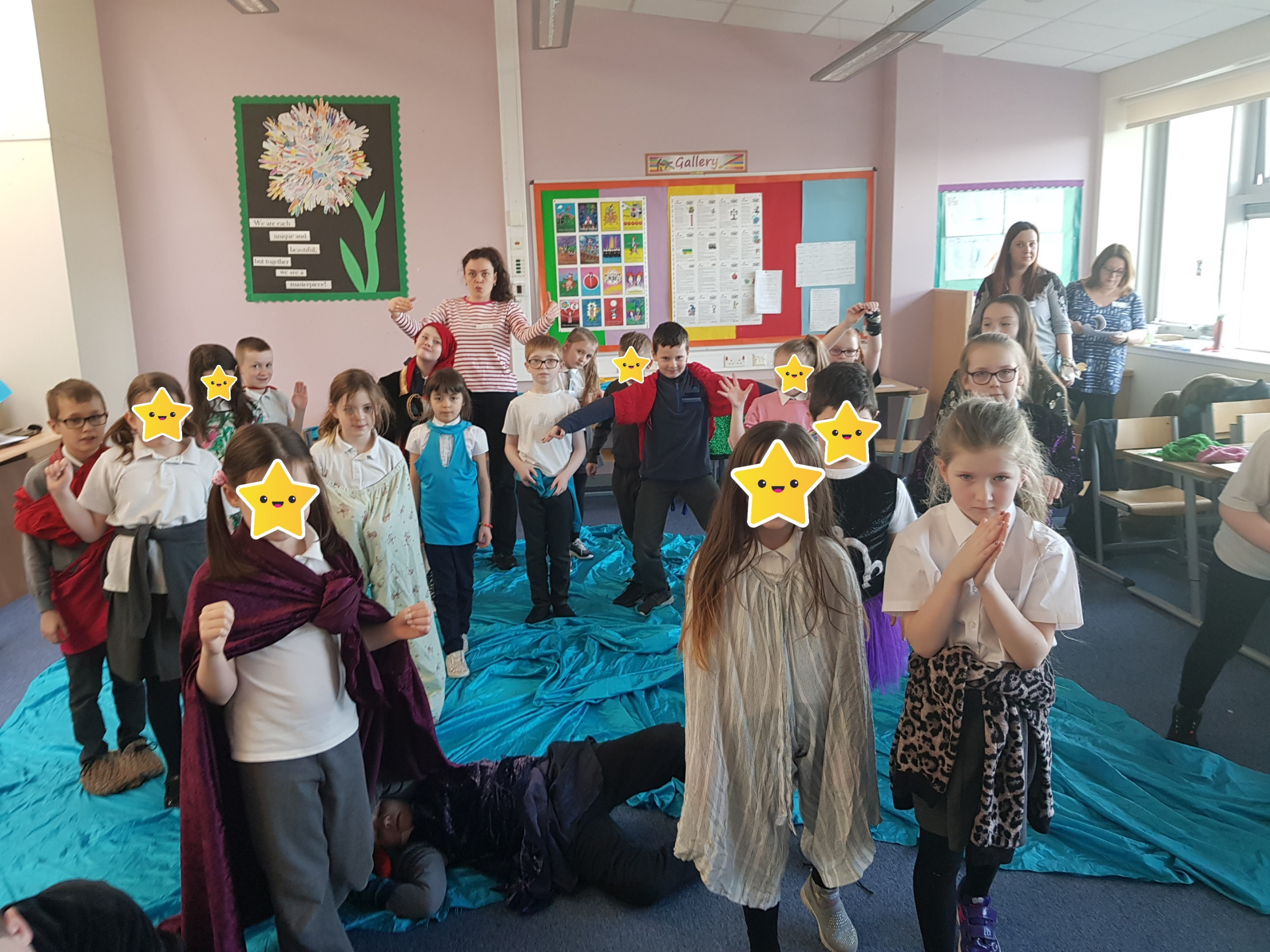 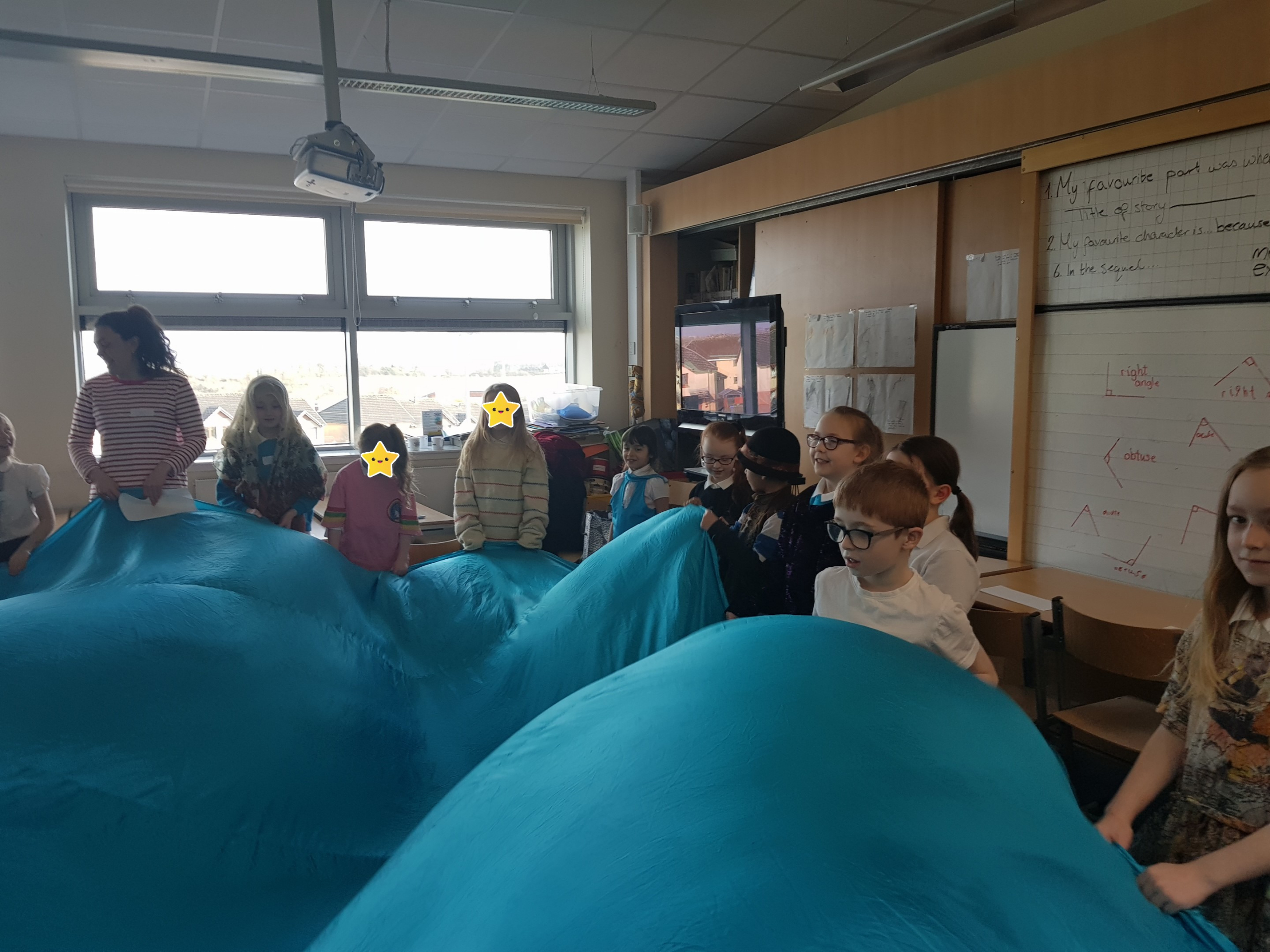 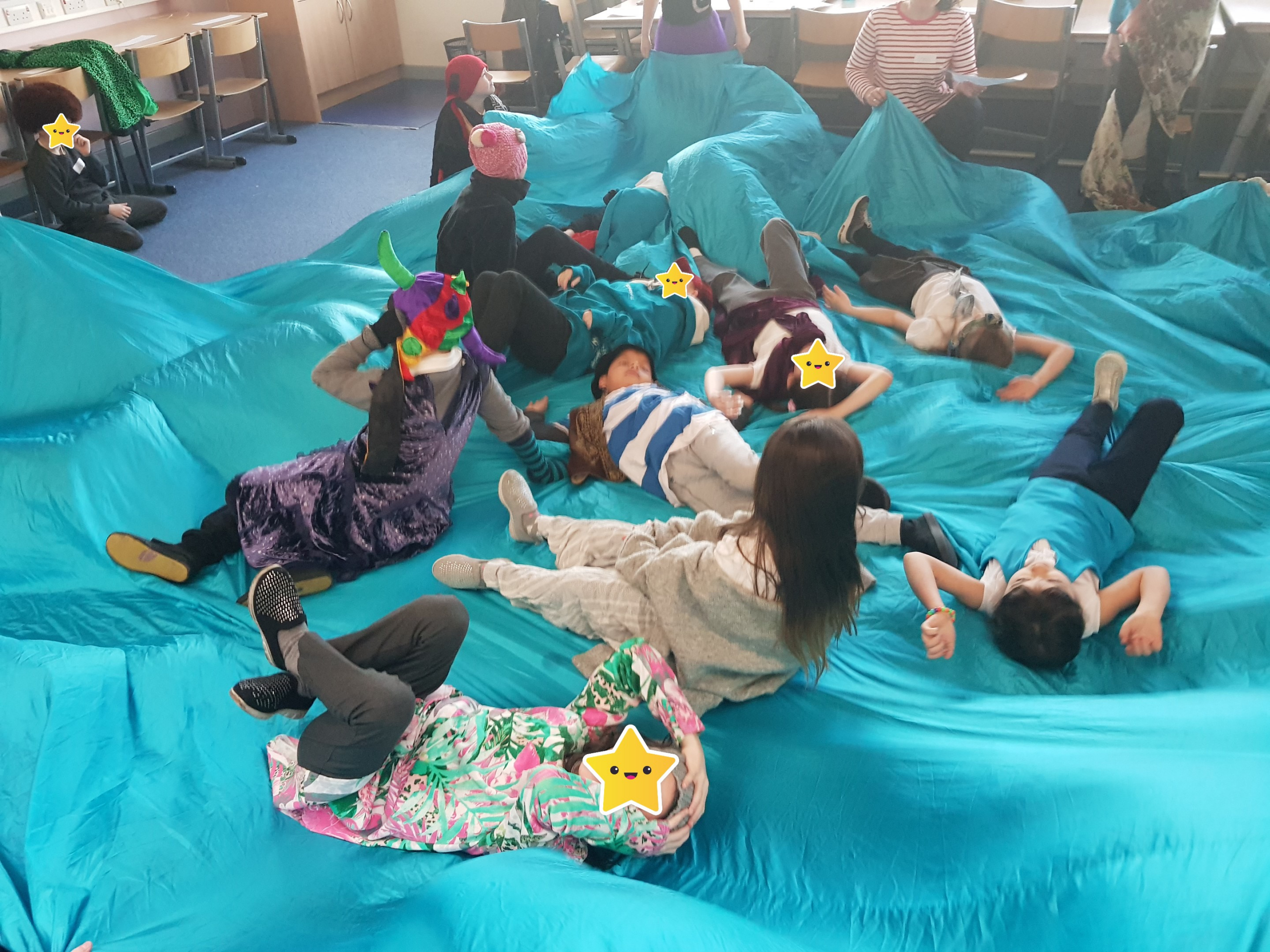 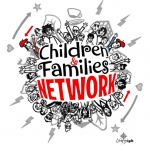