Dancing and singing with Adie Baako!

What an exciting week!

At this week’s Big Porridge & Play Online sessions, we had the privilege of being joined by Adie Baako, a professional dancer from Ghana now living in Scotland, and enjoyed a week of dancing and singing and moving and grooving! We sang about the calabash, danced the Kpanlogo, a social dance from Greater Accra in Ghana, and found out all about Adie’s life!

🇬🇭 🎣 Adie is a dancer from Ghana, now living in Midlothian, near Edinburgh. He’s been dancing professionally for 26 years and he told us how he started dancing when he was a wee boy growing up in a village. Adie grew up by the sea with his Dad, a fisherman, and his Mum, who worked selling in the markets. Before going to school Adie, like other children, would do chores in the house to help the family, fetch water for the pots, and then wash to get ready to go to school to learn. An early start in the morning for wee Adie!

☀️ 🥁 The heat in his village in Ghana would bring everyone outside, and growing up with no electricity, TV or screens meant that they had to make their own entertainment. So, all the villagers would gather in a circle and they would drum and sing and dance!

🏴󠁧󠁢󠁳󠁣󠁴󠁿 ☂️ When Adie was in his last year at school, he asked his Dad about becoming a professional dancer. “You must do what you love doing”, he said – and that’s how Adie joined his first dance troupe. He then trained with a very famous Ghanaian master who teaches artists from all over the world. In 2014, Adie came to Scotland during the Commonwealth Games. “I love Scotland, people are so nice. And I like haggis! But I sometimes miss the Ghanaian weather…” he told us, smiling.

What we did in the session

🇬🇭 🥣 First of all, Adie performed for us along to some fantastic Ghanaian music. Then he taught us a song all about bringing your calabash to be filled up with PORRIDGE! He taught us that ‘calabash’ is the name for all different sizes of pumpkin. Calabash husks are used for many things – as plates and bowls, and to make jewellery, clothing and even musical instruments and toys! In the song, the porridge seller comes to the village and calls out “everybody, everybody! Bring your calabash, bring your calabash! Mofee mu ke tiene aba, mofee mu ke tiene aba, Waya waya nu koko, waya waya nu koko!” It was the perfect song for our Porridge & Play Sessions because of course, we LOVE porridge!

🎵🥁 🎶 During the song Adie played his wee calabash, which are used to make shakers – a percussive musical instrument – but he told us that originally, the small pumpkins were used by the grandfathers to keep their tobacco in! Then the children would use wee calabash to make toys for themselves, finally turning them into rhythm shakers!

🕺🏿 We also learnt a whole dance routine, and Adie gave us good ideas to remember each move, such as…

💃  Move your arm like a screen-wiper in a car
💃  Pick up an apple from the tree and give it to Mum
💃  ‘Roll and show’
💃  Say your prayers
💃  Wiggle your hips in a circle!

We got really good at each move first, and then we put them all together with music and performed our dance TOGETHER! What fantastic dancers everyone turned out to be!

📖 👂 We also had time to ask Adie some questions about his dancing, his costumes, his homeland and his travels – everyone had lots of questions and was very chatty, which was a lovely welcome to the group for Adie. “Does your family dance like that?”, we asked him. “Of course!”, he said. “It’s in our blood! Everyone sings and dances!” Adie told us his favourite food is fufu, which he said is a bit like mashed potato! We were all transfixed. Adie’s descriptions of his country and his village, his stories, the music and the dancing – together with our imaginations – painted a perfect picture. We could almost feel the heat of the Ghanaian sun!

Many thanks to Adie for sharing with us – and to our Big Porridge & Play participants for being so welcoming and doing such fantastic dancing! Bravo! 👏🇬🇭🥁 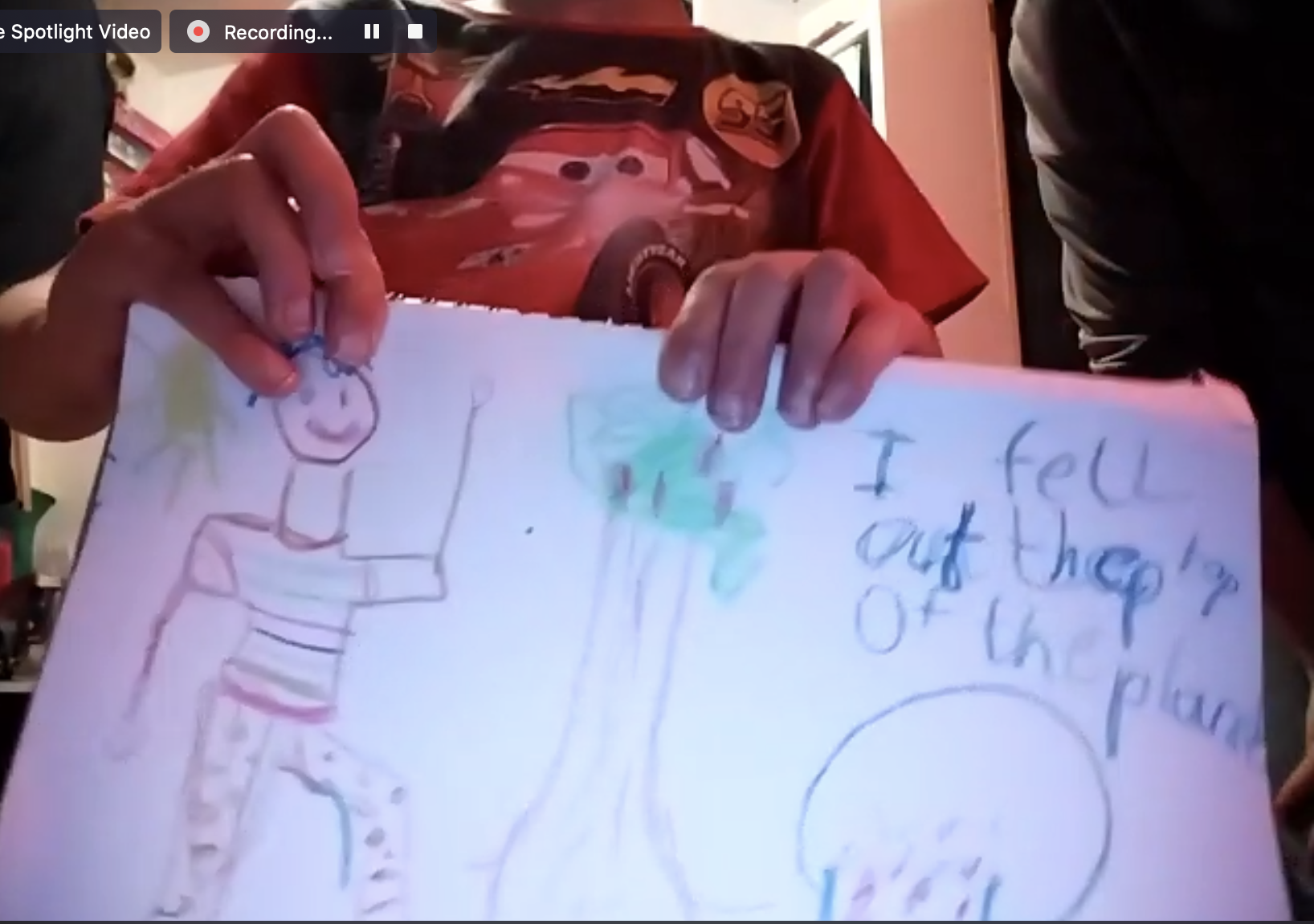 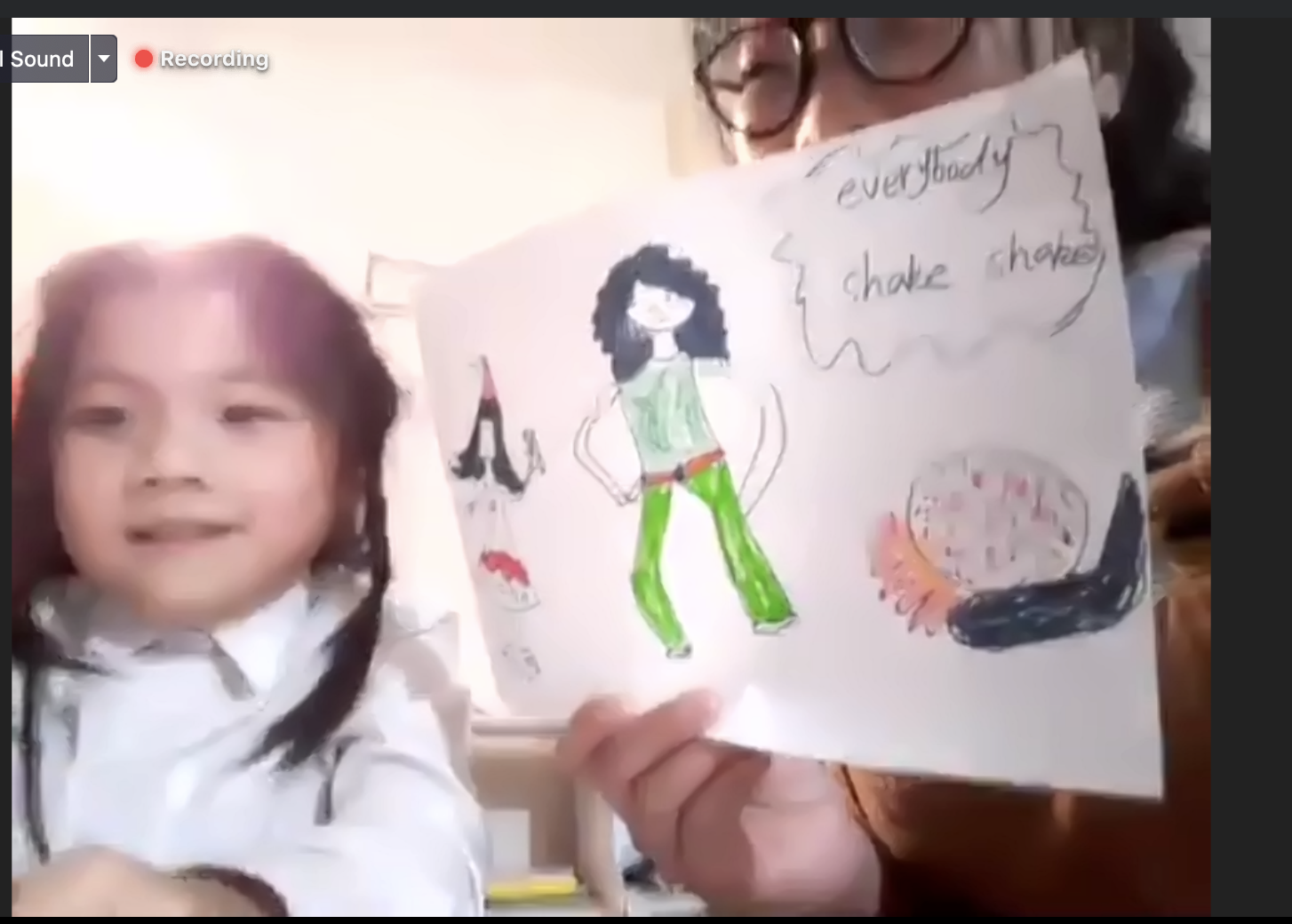 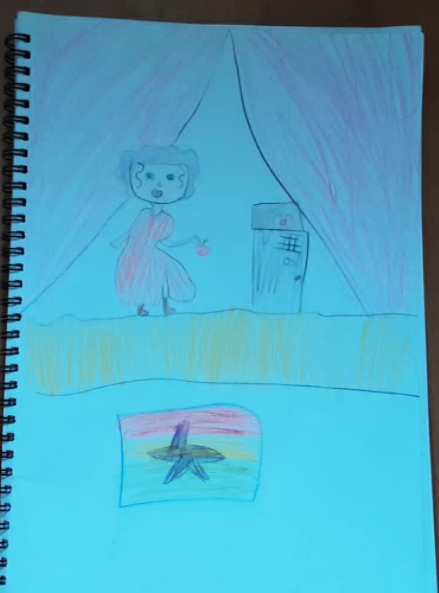 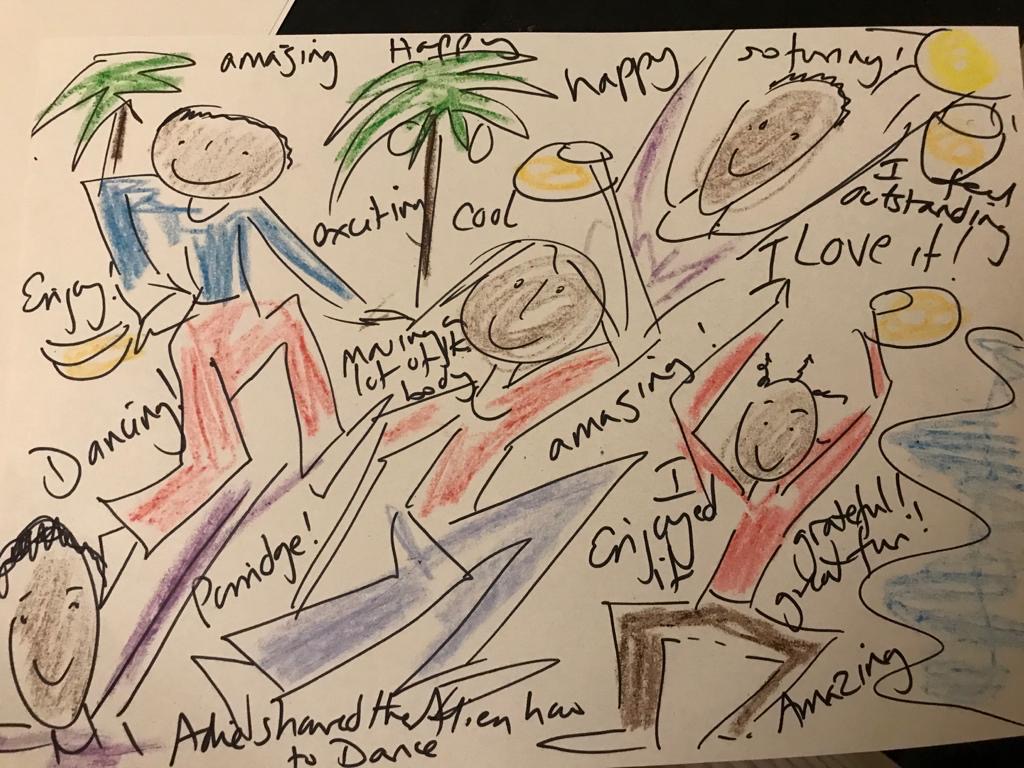 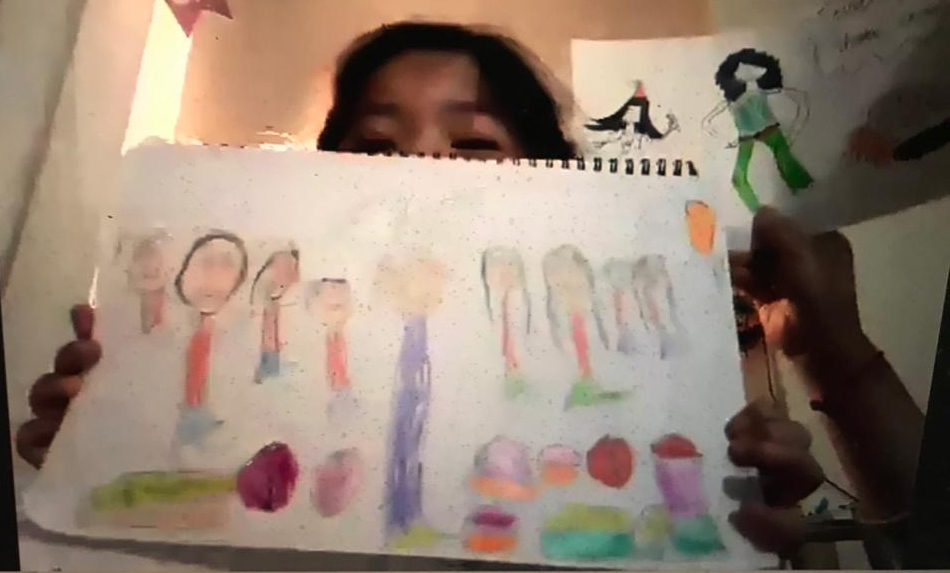 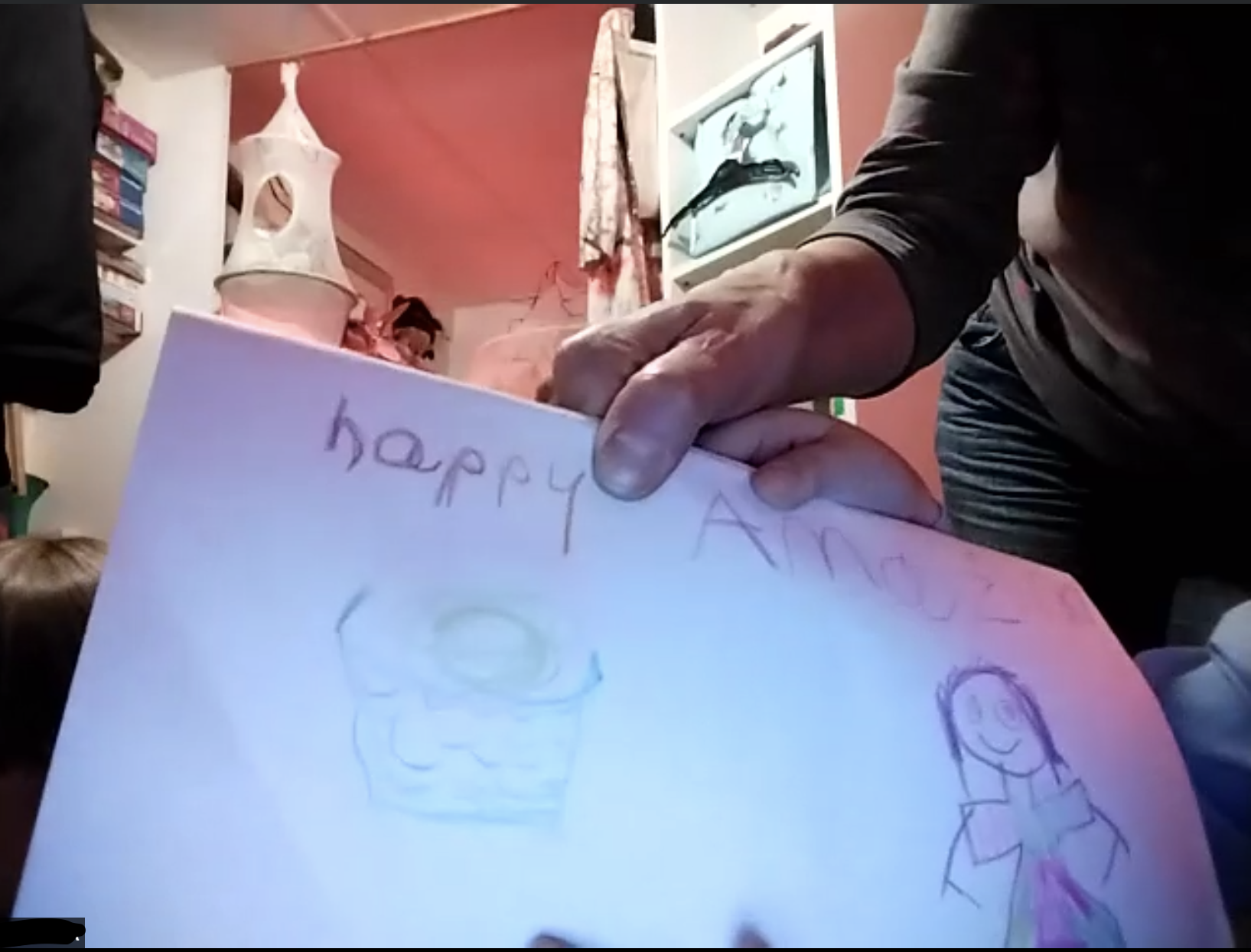 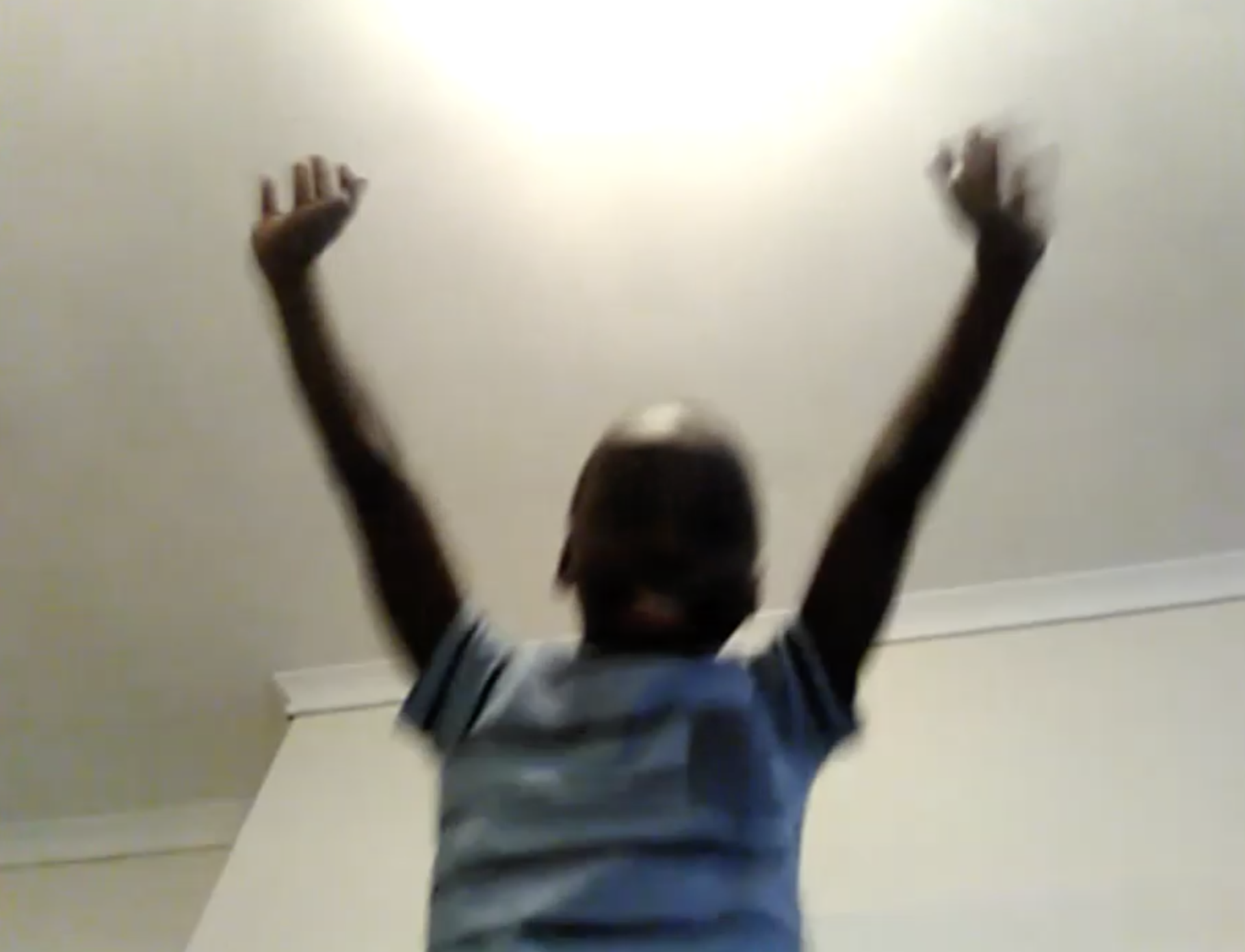 Inspired by our Exploring with Jack video series, we were thrilled when Zainab, one of our Children & Families Network members, sent us her own ‘Exploring with’ video over the summer. This week, we were delighted to receive her THIRD one! This time, you can join her on a virtual adventure to Djibouti, the third smallest country in Africa. Watch out for 🦈  whale sharks, 🌊  Lac’Assal – Crater Lake, and 🏝️ Moucha Island! A huge thank you to Zainab, one of our Lickety Champions, for sharing her creativity and knowledge with us.